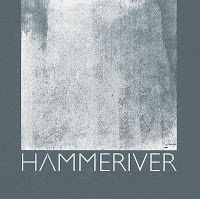 Sometimes, almost out of nowhere, new stuff arises that is utterly compelling as it is convincing. Australian harpist Clare Cooper does exactly that with her debut album. She is accompanied by a stellar and like-minded band, consisting of Chris Abrahams on grand piano, Tobias Delius on tenor saxophone and clarinet, Werner Dafeldecker and Clayton Thomas on double bass, Christof Kurzmann on lloopp, Tony Buck on drums.

The music is dedicated and inspired by the music of Alice Coltrane, the first piece even being an interpretation of the latter's "Ohnedaruth". The band keeps Coltrane's hypnotic, almost ritualistic use of repetition and improvisations around the same tonal center, but pushes it a step further into every modern music, far beyond jazz.

"First Free" consists of sparse notes and noises that create a kind of uncanny background of the stretched notes of the sax. The concept is even brought to its extreme on "E", in which the E chord is the solid anchor point around which everything evolves, expands and contracts. The minor variations and shifting sound colors of the instruments make it really hypnotic. On "DD" the minimalism is still more explicit, and it is hard to believe that seven musicians are at work here, but they are. "Heartbreaker" ends the CD, and despite its shortness, the sonic universe is as interesting as on the other tracks.

The harp is a very unusual instrument in modern jazz, with Alice Coltrane and Zeena Parkins the only musicians that come to mind, but Clare Cooper demonstrates that it can add magic to the genre if played well. And she combines this with her own powerful musical vision, and a remarkably strong one for a debut album.