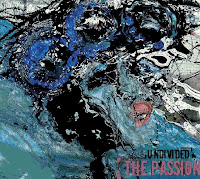 "The Passion" obtained a staggering 36% of the 1533 votes that were cast in the past week. The album collected hundreds of additional votes in the past few days, pushing it from the third to the solid first spot. 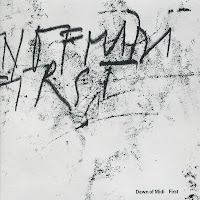 Dawn Of Midi's "First" obtained 29% of the votes and was in a real neck-by-neck race in the past days for the first spot. 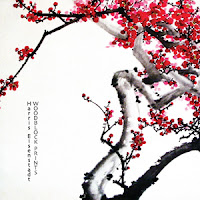 "Woodblock Prints" ended in third spot with 16% of votes, after it had been leading the poll for almost five days with over 20% of the votes.


So what do we learn from all this?

1. Mobilising fans, friends, family and facebook makes a big difffference. As regular reader Guy jokingly commented: "some albums get more votes than copies were sold", and he may have a point though I hope not. In the big increase of votes of the past few days, some albums, such as Stephen Haynes' "Parrhesia", which were close to the top contenders, were pushed back significantly. That's of course the nature of the game, and percentages do not in these cases reflect the actual innovative value of the albums, but rather the competition itself.

2. It is striking that the musically most accessible albums in the list end up in the first three spots. Some of my own personal favorites ended with 0% of the votes, but that's inevitable with polls.

3. The end result is nice for the winner(s).But I do hope that all albums in the selection of fifteen will get more exposure. I also sincerely hope that somewhere, some more mainstream media will open their ears and understand that there is forceful movement of new creative and innovative musicians that bring us sounds and music as yet unheard, offering listening experiences that are fresh and highly enjoyable, even if you - as the listener - have to also actively participate in opening your ears and mind.


The HAPPY NEW EARS AWARD 2010  goes to Undivided - The Passion.

Congratulations to Wacław Zimpel, Bobby Few, Mark Tokar and Klaus Kugel for the great album they released and for the incredible campaign they set up in the past few days to defend its interest. 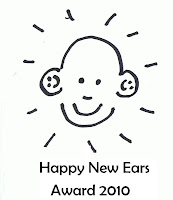 So the question is : Stef, will you do this again next year ?

just to be clear: my comment wasn't in any way meant to ridicule the intentions (or sales, for that matter) of the nominated artists. it was a comment on the sudden increase of votes :)
in fact, i'm definitely gonna check out a bunch of these albums in the near future. congrats to the winner, and everybody else involved. and thanks stef for this fine initiative

+1 re:the increase of votes. Perhaps what this poll really shows is who has the best community support :-p
It was fun to watch the race in any case, thanks for making the poll and congrats to everybody!

That was fun! I'll definitely check ALL albums. I believe the winner is MUSIC we love.
Cheers :-)))

Agreed, this was cool, and I'll be snagging a bunch of these.

If these three 'qualify',what's the point?

"So what do we learn from all this?

In other words, it has nothing to do with the intrinsic quality of the music. If polls mattered, Bristol Palin would be the world's greatest dancer. I suspect extra-musical agendas were in play for the winning album.

Stef, great Free Jazz blog, great records, keep on your good and inspiring thang. Well, i was too late but should be in the list: Little Women / Throat / Aum Fidelity. All the best for next year! Emile