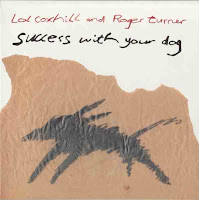 Soprano saxophonist Lol Coxhill has been on the British music scene for more than 50 years, playing in straight-ahead jazz, blues, prog rock, and, for the last several decades, free jazz groups. His solo and duo performances have been particularly noteworthy. Yet it is probably fair to say that he is often overshadowed by such fellow British musicians as Evan Parker, with his massive technical (and often pyrotechnical) abilities, and John Butcher, with his powerfully analytical approach to performance. Not that Coxhill is devoid of his own arsenal of technical and analytical tools, but what distinguishes his playing is a distinctly humane approach to the music, with performances that are filled with feeling, wit, humor, and vulnerability.

Coxhill's case also has not been helped much by a back catalog that is often as much out of print as it is in. Thus, this new release from Emanem is most welcome. The performances, with Coxhill on soprano, of course, and Roger Turner on the drum set and percussion, are from two concert appearances. The first three tracks are from a performance at the Cabaret Vauban, in Brest, on May 8, 2003, during the 5th Edition of the Festival Luisances Sonores; the fourth and final track is from a performance at St. Leonard's Church, Shoreditch, London, on August 12, 2010.

I have no idea from whence comes the album's title. I suspect it might derive from one of those characteristic British dog training shows (Barbara Wodehouse, or, more lately, Victoria Stilwell, for example); a sly protest, perhaps, at the desire for power, control, obedience. Or it might just be a bit of sheer whimsical humor (quite in keeping with Lol's general approach to things). The four tracks follow the doggy theme of the title. "Paying Through the Nose," is the first and longest track, at nearly 25 minutes. The last track, "Groomed for the Job" clocks in at 17:30 minutes. The two middle tracks, "A Collar Counts" and "Tails That Wag," average about 8 minutes each.

If I had to pick one keyword to describe these performances, it would be "intimate." I had the impression of listening to two old friends talk over events of the past that were particularly meaningful to them. The interplay between the two musicians is seemingly effortless, without ever being either facile or flashy. Turner is wholly adept at the drum kit, yet, make no mistake, the emotional and musical weight of these performances rests with Coxhill. He ranges widely through the capabilities of the soprano sax, wringing from it an array of emotions, thoughts, and feelings. And humor. I could swear that, in the first few minutes of the opening track, Lol employs the soprano to generate the sort of whines, whimpers, barks and growls that a hungry or impatient dog is known to employ to get its master's attention.

The sound quality is excellent. For those who are used to Emanem's typically stout and no-nonsense packaging, this digipak will perhaps come as something of a surprise, with its whimsical (that word again) graphics and lettering. The album is available directly from Emanem, as well as other outlets. If you want to listen to an album that does more than impress, more than knocks you around with its energy, that touches the listener in a personal way, you should give this a try.