Like in the previous years, I would like to highlight the musicians that I thought made a difference to me, either by being very productive or by doing things that are totally new, or both. The choice is a tough one and not easy to explain. We heard great stuff from so many musicians.

Here are the ones I think are really worth mentioning. 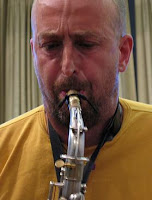 Not only did he bring one of the most beautiful albums of the year with Angles' Elliptical West, he was also quite active as a solo musician, or with other musicians like Keith Rowe and Ernesto Rodrigues, Swedish saxophonist Martin Küchen clearly is one of the musicians who has been creating his own vision of music, quite often looking for adventure, taking lots of risks,but with incredible talent and passion. 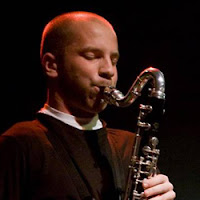 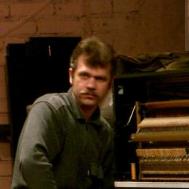 Russian pianist Alexey Lapin gave us two fantastic albums this year, one with Yuri Yaremchuk on reeds : The Anatomy Of Sound, and "Seek It Not With Your Eyes", a group live improvisation, both albums very captivating for listeners with open ears. 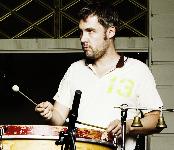 Norwegian percussionist Ingar Zach takes his instruments a step further into creative zones than they were originally conceived for, in the process giving shape to a new form of music, playing solo as on M.O.S, with Dans Les Arbres, Mural's Nectar Of Emergence . 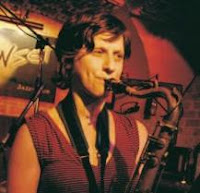 French saxophonist Alexandra Grimal released three records and a couple of singles, demonstrating her broad range from mainstream to more free form. Her album "Owls Talk" with Lee Konitz, Gary Peacock and Paul Motian demonstrate her strong voice, and she plays at the same high qualitative level of these three jazz legends. 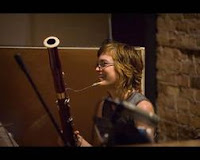 Young bassoonist Katherine Young released "Further Secret Origins", her first - and strong - album last year, and this year's she's back with her duo "Architeuthis Walks On Land", two albums which show a pretty unique musical vision, quite remarkable for her young age and that with an instrument that it is not the easiest one in modern music.

Austrialian harpist and guzheng player Clare Cooper also pushes the limits and confines of her instrument, while at the same time opening our ears to sounds as yet unheard. I loved her "Hammeriver" a lot, a very promising album.


Not all musicians are comparable, some have achieved a lot more, others have the future in front of them, but they all share the same quality of musical vision, with great technical skills, adventurous minds and strong character.

I can only want one thing : we want to hear more of them, even if they shatter the boundaries of mental ears or bring us to sonic territory as yet unheard.