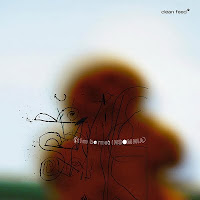 Tim Berne's international octet recorded INSOMNIA live in the studio, summer 1997, finally it gets to see the light of day now in 2011. If you know Tim Berne you're probably already aware of his compositional style, playing etc and this doesn't stray far from his normal territory. If however you're not so familiar here's your chance to enter into the world of Tim Berne in style.

In recent years Tim Berne has often been working with smaller groups with an almost 'in your face' style of playing and writing but this new (old) record places his work in a refreshingly new light. This octet plays two surprisingly soft yet intriguing compositions, a music which due in part to the extended line and use of stringed instruments, gives the music a quasi chamber ensemble feel. In more recent years we've heard the improvised 'Buffalo Collision' but also 'Science Friction' and 'Big Satan's' hard hitting style, very rhythmical, almost post punk. But here, even with Jim Black on hand to play drums (often as percussion), the music still stays kind of 'light' with a feeling of space. In this case it's a real eye opener (or is that ear) as you get a chance to really hear all the details of Berne's often complex music, a style that somehow remind me of Steve Coleman meets the tintinnabulation of Arvo Part, yet is totally original.

To discuss these long compositions - 'The Proposal' (35mins) and 'Open, Coma' (29 mins) - in a short review as this is difficult. Both compositions work in a similar way with themes and improvised sections developing either from or into miniature musical tutti. Some sections feature a solo instrument, some duos or become trios, quartets etc. Jim Blacks playing really deserves a mention here as he keeps the music (and the beat) going more like a percussionist, and even though he does play straight sections of drums he often gives the music a sense of tempo without actually using the whole kit. All the players shine throughout the disc with the likes of Marc Ducret giving a few wonderful acoustic (12 string) guitar features such as the opening to 'Open, Coma'. Chris Speed is his usual sublime self with a beautiful sound and soloing that is his trademark. Baikida Carroll (someone I know less) also stands out on several occasions with a fine sound and excellent improvisational ideas. Tim Berne is of course himself as always, searching and soulful.

Anyone who knows Berne's music probably has a favourite record (*) and this is also a record with much to recommend it, good compositions, strong soloing and due to the dense music, but light instrumental sound, it's quite easy to listen to. If you don't know Tim Berne it could be a good place to start, and for others, it's probably another disc to add to your Berne collection.

Baikida Carroll is a superb trumpet player/composer. For anyone wanting to hear more of him I can heartily recommend "Shadows and Reflections" "Door of the Cage" and "Marionettes on a High Wire"

That's great, I actually went off after reviewing this and looked up some of Baikida's work. I only found a few 'individual' projects, but I did notice he worked with many greats, and on many great recordings - John Carter, Julius Hemphill (Dogon AD .... no less!), David Murray, Oliver Lake, and the list goes on.

Hope to hear some more of his work.

Yes, he's another one of those largely unrecognised players although he has, as you say, contributed on lots of other peoples recordings. His playing on Michele Rosewoman's "The Source" is really impressive.
I wish someone would release "Dogon AD" on CD!

You're right someone should re-release it.

Even if it's not directly about jazz watch this :

here you see that 83 % of music has NEVER been released to the general public!!!