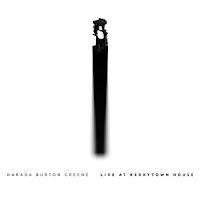 In an interview with Dan Warburton in 2003 the pianist Narada Burton Greene made it clear that the problem jazz has today is that there is “a whole generation of copycats” who try to “recreate the museum”. He continues telling a story about his early days when he was “strutting like a peacock” after a jam session because he thought “he nailed it”. Then a man from the audience approached and told him to his utter surprise that he should go home in order to practice because he sounded like Horace Silver and if someone wants to listen to Horace Silver he goes out watching the original. So Greene realized that he had to find his voice.

Listening to Live at the Kerrytown House, a solo piano performance recorded in Ann Arbor, Michigan, USA in 2010, you can immediately hear this original voice. 75-year-old Greene, who has become a legend in the meantime,  is able to draw on abundant musical resources ranging from his bebop beginnings in the 1950s to free jazz and classical music like Bela Bartok up to klezmer music and almost balladesque melodies reminding of Keith Jarrett’s solo performances.

The central piece of the album is “Freebop”, which is split in “4th”, “1st”, and “6th”, a track Burton Greene composed with German vocalist Silke Röllig. All three parts follow a similar structure. They start with a jumpy bebop theme, the left hand playing a walking bass. The tracks are polyrhythmic and they seem to climb up and down a musical ladder, getting finally out of hand. Sharp strong chords cut off what has remained of the melody before the piece returns to the main theme which is then immediately deconstructed again. This part of the album is shrill, sometimes spooky and harsh. It’s what the title of the track says – free bop.

But the album has another face as well – and this one is extraordinarily beautiful. Burton Greene once claimed that playing freely also includes playing cadenzas. “Tree”, for example,  is built around a central harmonic trunk from which lyrical and lush melodic lines rise like branches and twigs. They are sometimes jubilantly dissonant and incline to getting out of hand but in the end they always return to the trunk. This is where the album is pure joy.

Live at the Kerrytown House is splendidly recorded, the piano seems to echo in the performing space, something Clifford Allen discusses in his superb liner notes.

The album is available on CD and LP (strictly limited to 300).

If you want to get an idea what the album sounds like you can have a look at a 2007 solo concert here:

thank you for the post Martin, I just ordered the cd. I like the sound of this pianist, half jazz and half classic avant-garde.