Neneh Cherry and The Thing: The Cherry Thing (Smalltown Supersound,2012) ***** 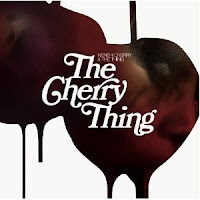 Let’s be honest: we all adored 17-year-old Neneh Cherry in 1981 when she showed up with post punk/avant-garde jazz group Rip, Rig and Panic. And we loved the sight of an eight months pregnant Neneh performing her smash hit “Buffalo Stance” on Top Of The Pops. It was unforgettable, it was bold, it was provocative and it was sexy. However, after her top ten hit “Seven Seconds” with Youssou N’Dour in 1994 she somehow disappeared from mainstream radars (although she continued making music with projects like cirKus).

18 years later she is really back. And this is not the typical legendary-pop-queen-returns-after-time-out-with-jazz-standards comeback album. Why not? Because she has teamed up with the Scandinavian hardcore avantgarde madmen The Thing (who named their band after a composition by Neneh’s stepfather Don Cherry) to play punk, hiphop and jazz covers including songs by artists as different as The Stooges, Suicide, MF Doom, Martina Topley-Bird, Ornette Coleman or Don Cherry.

Even if this sounds random, it is a coherent collection about the question how you can survive as a human being in a basically hostile society. Therefore it makes sense that the underlying musical pattern is the blues. You can feel it in Martina Topley-Bird’s song “To Tough to Die”, which starts with Ingebrigt Håker-Flaten playing a heavy blues riff on the bass, then Mats Gustafsson penetrates the song with another riff on the saxophone supporting the bass. When Cherry starts singing you can feel her anger about the situation: “Seven states away/they're doin'/the strange fruit swing (…) It's in their eyes/It's unspoken/Don't even know they're out to do you harm.” It’s not the only reminiscence of Billie Holiday on the album.

Another statement is made in MF Doom’s really gloomy “Accordion” where Cherry shows her hip-hop qualities. The refrain says “Keep your glory, gold and glitter/For half of his niggaz'll take him out the picture/The other half is rich and don't mean shit-ta”. This is the way it is, most of the people don’t need the superficial tsatske the entertainment industry offers, they need better living conditions, a more human life.

But what can we do in this bleak situation? The answer the album provides is dreaming, burning, and fighting back. In Suicide’s original of “Dream Baby Dream” Alan Vega’s lyrics are set against Martin Rev’s icy cold electronic riffs, you can feel Vega’s anger, his desperation when he is growling and bellowing out the words. It is not an open revolt, it is a retreat, a private revolution against the world, against politics, against economy. However, Cherry and The Thing interpret the song as a struggle against evil forces in general. Paal Nilssen-Love beats on his toms and so he makes the original computer beat slower and darker, singling out its African roots. What already starts as a utopian idyllic version of the world reaches its peak when it is taken to a higher level by Gustafsson’s boisterous, menacing saxophone yearning and shrieking and battling against a brave Cherry – who wins in the end. It is – despite its abrasive approach - a really optimistic view of the world, a real encouraging ending after all the fights and dangers. This is the choice you have.

Dreaming is also the central metaphor in The Stooges’ “Dirt”. The song starts with this incredible rock riff and Cherry is almost flirting with the band’s harsh style singing “I'm just  dreaming this life/And do you feel it?/Said do you feel it when you touch me?” before they move on to free jazz pastures, a perfect storm made of whirling electronics, voice, saxophone, drums and bass.

There are also two original pieces – Neneh Cherry’s “Cashback” and Mats Gustafsson’s “Sudden Movement” – and a reverberating version of Don Cherry’s “Golden Heart” before the album closes with Ornette Coleman’s “What Reason (could I give)”, another awesome blues track on which Cherry sounds like a modern Billie Holiday and where you can hear a really tender Gustafsson. The song offers a final possibility to deal with life’s miseries - love. When Cherry sings What reason could I give/Only that I love you/How many times must I die/ Oh Lord, only when I’m without you I am literally down on my knees. This definitely will be in my top three at the end of the year.