A McPhee a Day Keeps the Doctor Away

The Chicagoan modern art gallery and unconventional label Corbett vs. Dempsey has recently reissued two milestones from the Joe McPhee majestic discography: “Variations on a Blue Line” and “Glasses,” both originally released on Hat Hut Records, in 1977 according to the artist website, or in 1979 according to the label and to many other web sources. Who knows? If a debate will come, I’ll support McPhee.

They both are live recordings and you can appreciate the gentle and vintage hum coming from the pre-digital era that apparently has not been removed in these editions, including a far and feeble echo - as a kind of natural delay - which you can clearly perceive after some standalone passages. The many, non-troubling, background noises coming from the audience strengthen this feeling. Though I consider myself as a fervent pioneer and as an open-minded listener - just to hide my conservative nature - when I listen to these kinds of albums I wonder if free jazz has suitably evolved in the last thirty years or so… 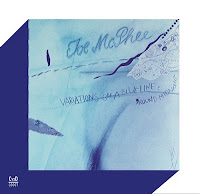 Joe McPhee is here on tenor and soprano saxophone.

The 17 minutes opening and leading composition Beanstalk embodies immediately all the paraphernalia of techniques and styles that McPhee can exhibit. You can hear drops of breath streaming through the tubes or hiding below the keys and the holes of the instruments, gentle hammerings, slap tonguing (was it already called this at that time?) and silent fingering on the buttons. The sound is built through rubbings, squeaks and hits until some sudden coherent and eruptive phrasings emerge and disappear. No emotion is left aside and the player can swiftly switch between a pianissimo and an ostinato. Around the eleventh minute mark are remarkable some Theremin-like pitches introducing his peculiar hoarse, almost painful, bass voice. And again we find percussive trills and droning long whispers. It really seems a duet between two sax players more than a solo.

Motian Studies moves down from vertiginous high pitches towards melody. In many passages you don’t feel the whole as a solo performance because it is easy to imagine a complete orchestra surrounding the saxophone’s voice.

Variation on a Blue Line (After a Theme For Knox) is the bluesy third track that evolves in a violent eruption of fast whistles leading us to ‘Round Midnight by Thelonious Monk, that Joe McPhee interpreters with all the soul he still has in his lungs. 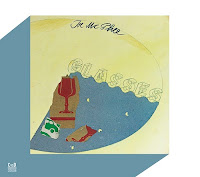 Joe McPhee is here mainly on tenor saxophone, sometimes on percussion and in the third track on flugelhorn supported by Reto Weber also on percussion.

In the first track Glasses you may understand how seminal Joe McPhee’s style has been. Listen to the emerging Colin Stetson or to Håkon Kornstad but also to long and rightly appreciated artists as Mats Gustafsson and Ken Vandermark (and despite the obvious differences I like them all, for everyone of these players - even paying tribute to tradition - has clearly developed a personal and unique style). Here you have extended techniques, the player sings in his instrument, groan and blow in it, hiss and plays with noises. In the end of the composition he mimics the typical noise of a car leaving and you can hear someone from the audience laughing.

Then he plays Naima by John Coltrane. What can I say? It’s just like Cartier-Bresson taking a picture of Van Gogh’s Sunflowers. It cannot be less than a masterpiece.

In the closing New Potatoes McPhee starts on flugelhorn, then - as soon as percussion grows - he’s back on saxophone and with his sonic scratches he faces bells, dings and toys all around him.  He roars and claps his hands to challenge a tambourine.

The answer to my previous question is - obviously - yes, free jazz has evolved. And this is because some artistic figures as Joe McPhee have been the joining links of such a development and progress. Certainly he was not the only groundbreaking sax player in those furious years. Just to name a few and not to go too back in time: Roscoe Mitchell, the already hyperactive Anthony Braxton and a guy named Peter Brötzmann were all already screaming and shouting in their instruments. His restless and constant cooperation with younger musicians as Ingebrigt Håker Flaten, Paal Nilssen-Love and Eli Keszler proves that Joe McPhee is still seeding in the flourishing field of free jazz.

Listen to excerpts or to the whole works almost everywhere on the web.

I know you said that you get used to my comments, Paolo, but what can I say? This is another review which is full of a deep understanding for this music and it is funny as well (I don't believe that you are conservative).
At the age of almost 73 McPhee is still such an innovator, you can see that when he plays with Brötzmann's Chicago Tentet. He obviously enjoys playing with these young guys (except Brötz, of course) and he is a very modest man as well.
Great post, man!