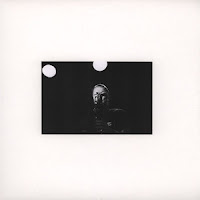 Mats Gustafsson is not only a passionate musician, he is also a dedicated collector of all kinds of music. On his website you can find a link to his Discaholic Corner, a site where he trades vinyl. After a concert he told me that for him vinyl was definitely superior to CDs, and the best format was 7-inch. He proudly said that he finally was able to find a company in California which presses flexi discs for him.

An interesting side effect of his manic acquisitiveness is his profound knowledge of jazz history which creeps directly into his music, especially when he records tribute albums. This year he has already released “Bengt”, an album in commemoration of Bengt Nordström, a legendary Swedish sax player and producer, and now Gustafsson presents an homage to another famous musician of his home country: Lars Gullin. Gullin (1928 – 1976) was a renowned baritone sax player, his cool sound reminds one of Gerry Mulligan. His most famous composition is “Danny’s Dream”, a song for his son, which is played by Gustafsson here.

The original is a wonderful cool jazz track in the tradition of Chet Baker or Stan Getz, but primarily Gustafsson is not interested in the beauty but in the dark capacity of the song, he treats it like a real dream. Although he is using the original theme, he plays it slower, unimposing, breathy, he exposes layer after layer of the dream, it seems as if he is peeling an onion. While the first level is still gentle and comfortable, the following levels become gloomier and more haunting until we are listening to the soundtrack of a nightmare. In the end – before the sleeper wakes up again – Gustafsson returns to the theme. After 22.30 minutes the dream is over.

In his excellent review on Joe McPhee’s late 1970s reissues Paolo Casertano mentioned that artists like Colin Stetson, Ken Vandermark and Mats Gustafsson have benefited from Joe Mc Phee’s seminal extended techniques and he is absolutely right here. Like McPhee, who cannot deny his blues roots, Gustafsson is influenced by his folk traditions and works on taking this tradition to the next level.

Mats G plays Gullin is the 3rd album in a series of three solo one-sided LPs, the previous two -  Mats G plays Duke E and Mats G plays Albert A - were released on Qbico and are out of print. The album is limited to 99 copies and 26 special editions only. You better be quick.