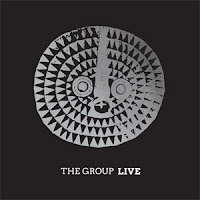 Very often I have expressed my admiration for the Lithuanian label NoBusiness, out there in Europe’s wild east Danas Mikailionis and Valerij Anosov have been doing a marvelous job for this music we all adore. On the one hand they release new music of great bands like Tarfala Trio and The Thing or they support local greats like Liudas Mockunas, on the other hand they try to release legendary, almost forgotten tapes. Especially close to their hearts seems to be the time of the late 1970s and early 80s, which you can see at their releases of Billy Bang’s Survival Ensemble’s Black Man’s Blues, William Parker’s Centering, and Warner/Freeman/Spigner’s Freestyle Band - all lost gems. Another seminal, yet unrecorded, band of this era was The Group.

Today it seems hard to believe that such a band was not able to get a record deal because with Ahmed Abdullah (tr), Marion Brown (sax), Billy Bang (v), Andrew Cyrille (dr), Sirone and Fred Hopkins (b) we are talking about a supergroup here. But times were changing in the 1980s, which Abdullah points out in his excellent liner notes (the 26 pages were worth the price for the album alone). Ronald Reagan and his neo-liberal economic agenda supported selfishness instead of communality and this was also visible in the jazz scene with the ascent of Wynton Marsalis, who opposed free jazz musicians fiercely (a fact which is bitterly deplored by Abdullah). So the music of The Group is also a reaction to these changes of the basic social conditions.

It is deeply rooted in jazz tradition, which is audible at the highlight of this album: the band’s version of Charles Mingus’ Goodbye Pork Pie Hat, the bassist’s legendary tribute to the late Lester Young. Their version starts with a funeral march intro by Cyrille and Brown which reminds us why the song was originally written. But at the same time they add another element to this blues, and this is increased when the rest of the band joins in. It seems as if Ornette Coleman was playing this song (interestingly the band’s front line consists of the instruments Coleman plays), you can feel the sadness and the moaning for a lost friend but there is a good deal of anger about revisionism in society as well, especially Bang’s solo and the bass duet are enchanting and full of rage at the same time. The other pieces are Butch Morris’ Joann’s Green Satin Dress, Brown’s La Placita (a band’s favorite), Bang’s Shift Below and Miriam Makeba’s Amanpondo, a track list which reflects the band’s repertoire of outside compositions, standards and their own stuff. Shift Below is almost exclusively a piece for the strings in the band, the others only add touches of color here and there, it is a wonderful track based on a blues riff played by Bang. Abdullah’s arrangement of the Makeba song (which means “my ancestors visit me in my sleep” - if I can rely on a comment on youtube) brings the African roots to New York, it is a very rough and disharmonious version, but it transports optimism as well. Additionally, it is the track with the largest collective playing.

This is a wonderful record, a true missing link. The liner notes also mention that there is another Abdullah group in the waiting loop – The Melodic Art-Tet. I can hardly wait.

The Group Live is available on vinyl (limited as usual) and on CD.