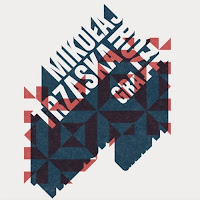 Mikołaj Trzaska “plays Rose” in this stunning performance from the 2012 OFF Festival. With a beefed-up version of Ircha Quartet (swapping out Paweł Szamburski’s fourth clarinet for two double bassists and a drummer), Trzaska recreates music he originally composed for Wojtek Smarzowski’s 2011 film Róża. This is Trzaska at his foreboding, old world best: creating a distinctly Eastern European music that’s quiet, achingly sorrowful, and able to quickly reduce the murmuring, animated crowd to an hour of rapt silence.

As exhilarating as he can be on saxophone, I much prefer Trzaska on clarinet. His playing is passionate in a way that’s entirely at odds with the free jazz exorcism of his saxophone: instead of driving spirits out, it’s as though he’s calling them in, giving voice to tragic old souls whose painful stories were drowned out by the monotonous grinding of history and conflict.

“By Boat” opens the program, developing a recurring motif that perfectly evokes the steady rocking of waves. In a way, the music is difficult, not because it’s abstract or abrasive, but because the details of its themes and structures are hard to anticipate and so seamlessly blended with the improvisation. Though there are occasional pockets of tension, the music surprises through the warps and coils of its unfolding progression, rather than through volume or density.

Further into the performance, the woody tones of the long “Bicycle Herd” turn very dark before brightening in a driving, jaunty clarinet counterpoint. It’s one of those gripping musical highs that you wish would last longer, but derives so much of its power from its very fleeting nature.

After a rough start, “Harvest Axe” quickly reprises the theme of “By Boat,” cementing the feeling that this is truly a cohesive, singular experience. It’s a remarkable performance, and the hushed crowd simply erupts at its conclusion. Gra Różę is rife with moments of brilliance, but when the last of the applause following the encore “Wedding, Boat, and the End” dies away, there’s one epitomizing sound that lingers in my mind: the eerie, theremin tone of the lead clarinet in “Despair on Birch.” Haunting, beautiful music, and one of the year’s best so far.