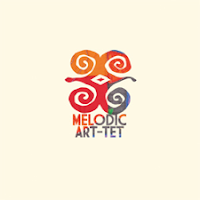 The New York free jazz scene of the 1970s, commonly known as “the Loft Era”, was a time during which musicians seem to have rehearsed more often than they secured gigs, and recordings with major labels were practically non-existent. Before various European labels such as Soul Note/Black Saint began to record this music – from the late 1970s – the only recordings were releases on small independent labels, of which many of the master tapes have long since been lost, or dissolved; hence very few re-releases on CD. The harsh economics and politics of this time, as well as the music, are considered in Valerie Kilmer’s “As Serious as your Life – the Story of the New Jazz” (Quartet Books, 1977), and many of the issues remained after the end of the Loft Era, as seen in Ebba Jahn’s film: “Rising Tones Cross”, from 1984.

In the last few years, Danas Mikailionis of Lithuiania’s NoBusiness Records, has made it his business to redress this chronic under representation, in important releases of music from the 1970s and 1980s, such as “The Group – Live”; “Billy Bang’s Survival Ensemble - Black Man’s Blues / New York Collage”; “Commitment: the Complete Recordings – 1981/1983”; “Muntu Recordings”; and the glorious 6 CD set: “William Parker “Centering. Unreleased Early Recordings 1976-1987”.

The latest addition is a session by the Melodic Art-tet broadcast by Columbia University’s WKCR in October, 1974. The quartet: (on this occasion joined by Tony Waters on percussion) was a relatively stable unit for some four years, although the young Parker had joined in the year of this recording, towards the end of its existence.

The dominant influences at this time were John Coltrane and Albert Ayler (both of whom had passed away relatively recently); and Ornette Coleman (who had not yet gone Harmolodic). Although some musicians had sought to push the “Fire Music” of late Coltrane to an even greater intensity, this was not the only way. As the name suggests, the quartet was more concerned with working out, patiently and carefully, the melodic, harmonic and rhythmic implications of that pioneering body of work, from within the Jazz Tradition. As drummer Roger Blank put it to Wilmer: “I respect what the older musicians have done. I still maintain that in the beauty and glory of all these five or six people coming together on a bandstand, they still have to have a pulse. They still have to breath and relate to that. Like in some parts of the so-called “new music”, in a sense it’s like a monkey throwing paint on the canvas. But it’s an incubator. We have to be able to distinguish between what’s got the pulse and what just palpitates.”

And Blank clearly has the pulse in the opening “Before Heaven and Earth and the World”, with it’s Aylerish marching band theme, supported by his tattoos and springing rhythms, over which Brackeen – who composed all the numbers bar one – is full of smears and splits notes, as he takes the tune apart.  The most obvious lineage is from Coleman’s Atlantic quartet. Blank studied with Ed Blackwell and much of Parker’s work here is clearly indebted to Charlie Haden. Even at this early age, his long-range harmonic patterns and counter-rhythms, which compliment rather than just echo the contours of the theme, are already apparent. Ayler is suggested in Brakeen’s irascible tenor, and some of his and Abdullah’s solos, where they jump between contrasting registers, intermittently quoting fragments of the tune back at themselves.

Of course, comparisons can be facile, even limiting, and jazz is not the only inspiration: “Face of the Deep”, with Parker’s high arco, Brakeen’s mizmar sounding soprano, and Blank’s tom-tom patterns, has a Moroccan tinge to it, and in “My Divine” African rhythms predominate, as the band settle into a blues groove; “With Cheer” is a Caribbean-like tune. In these post-modernist times, we are used to music that seeks a synthesis of influences and cultures – it is perhaps, something of a cliché – but in 1974 this was still newly explored territory. The Art-et deftly integrates these inspirations into its own sound, so that we hear appreciative allusions, rather than citations.

And most importantly, there’s a real joy in the music making, full of telling details. “Redemption/Consecration” opens with Abdullah’s sweet gospel phrases over Brakeen’s warbling soprano and Parker’s languid bowing. There follows a skittish duet between soprano and bass, before the main theme returns, with an urgent and tense trumpet solo; the theme is repeated, dirge-like, avoiding clean unison phrases, before Brakeen takes off on tenor over Parker’s shifting walking bass, followed by a solo from trumpet until the fade out.

There are times when things meander a little, with an air of uncertainly as to where to go next, or if it’s time to segue into the next tune, but that’s the price to be paid when improvising in this way. Experiments are sometimes inconclusive, but they form part of the process of understanding where the music can be taken; what works and what doesn’t. Freed from the constraints of fixed choruses, other boundaries need to be pushed and measured. The quartet is not aiming for the conclusive, however – particularly in a performance never intended for release – but something that on occasions might be out of reach; which is why this music retains its vitality.