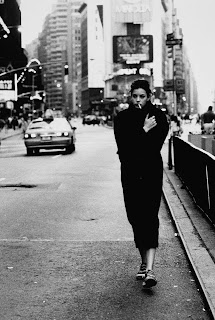 It's been a while that I gave an update on my "Lonely Woman" collection, scanning the internet for new covers of Ornette Coleman's genial composition. Check the "Lonely Woman" tag on the right to get all more recent albums too. 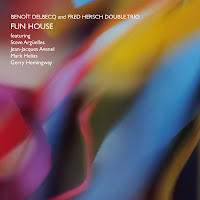 On this great album between two master pianists, joined by Jean-Jacques Avenel and Mark Helias on bass, and Steve Argüelles and Gerry Hemingway on drums, you can expect the best. And it is. Lonely Woman ends the album, a three minute piece, and hence too short, but both pianists manage to capture the composition's dark melancholy extremely well. 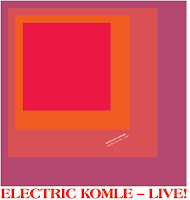 The band is a power guitar trio that mixes jazz with rock and more skronky modern approaches. Even Helte Hermansen is on guitar, Rune Nergaard on bass and Gard Nilssen on drums. Their Lonely Woman is a mid-tempo rocker full of tension and emotional outbursts, while at the same time infusing it with an unexpected fragile sensitivity. A great cover that respects the original while adding something new to it.


Alan Broadbent - Heart To Heart (Chilly Bin Records, 2013). On this solo piano album, Broadbent brings a ten-minute long version of Lonely Woman. His performance is dark and ominous at the beginning,then moves into a more uptempo middle piece, with quite some stellar piano-playing, yet at the same time leaving the piece's original mood, rather unfortunately, and when the darkness comes through again at the end, it has become a mix of blues and classical touches. You get it : it's more about the musician than about the music.

Other noteworthy covers that I captured from the last years are

Stef, do you the version on "The Subtle Deceit Of the Quick Gloved Hand" by Bill Smith Ensemble on Sackville (possibly LP only). Beautiful rendition that segues out of AEC's 'People in Sorrow'
Mark