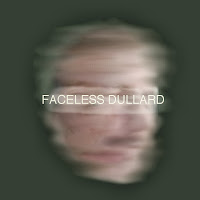 Some musicians seem to be made for each other, as is the case with these three Australian masters, Marc Hannaford on piano, Scott Tinkler on trumpet and Simon Barker on drums, who have released albums in various bands and settings, most of which are easy to recommend, and as can be suspected, reviewed on this blog in the past years.

I have no clue what the title means nor what it refers to. What matters is the music, which consists of one long improvised track of fourty-eight minutes, extremely jazzy in its phrasings and rhythms, full of pulse and nervous tension, and possibly the most amazing thing is the interaction between the three, which is phenomenal by the coherence of it, the space they leave each other, without ever letting go of the density and dynamic undercurrents, even when Hannaford takes the foreground after eighteen minutes for a piano solo, the pulse remains and the drums kick in easily, challenging the incredible rhythm, yet the next best thing about the overall sound is that all three musicians have both percussive and lyrical roles, not only alternating them, but playing them simultaneously, easy to believe from a piano player, but here it's also true for Tinkler, who is a rhythmic improviser, and Barker whose lyricism on drums equals his percussive power.

And then you have the telepathic interplay, including intense moments that suddenly end in silence for a second, only to move forward again, and in a long improvisation, this requires some strong listening skills and good knowledge of each other's playing.

The album is dedicated to Australian alto saxophonist David Ades, who passed away yesterday.