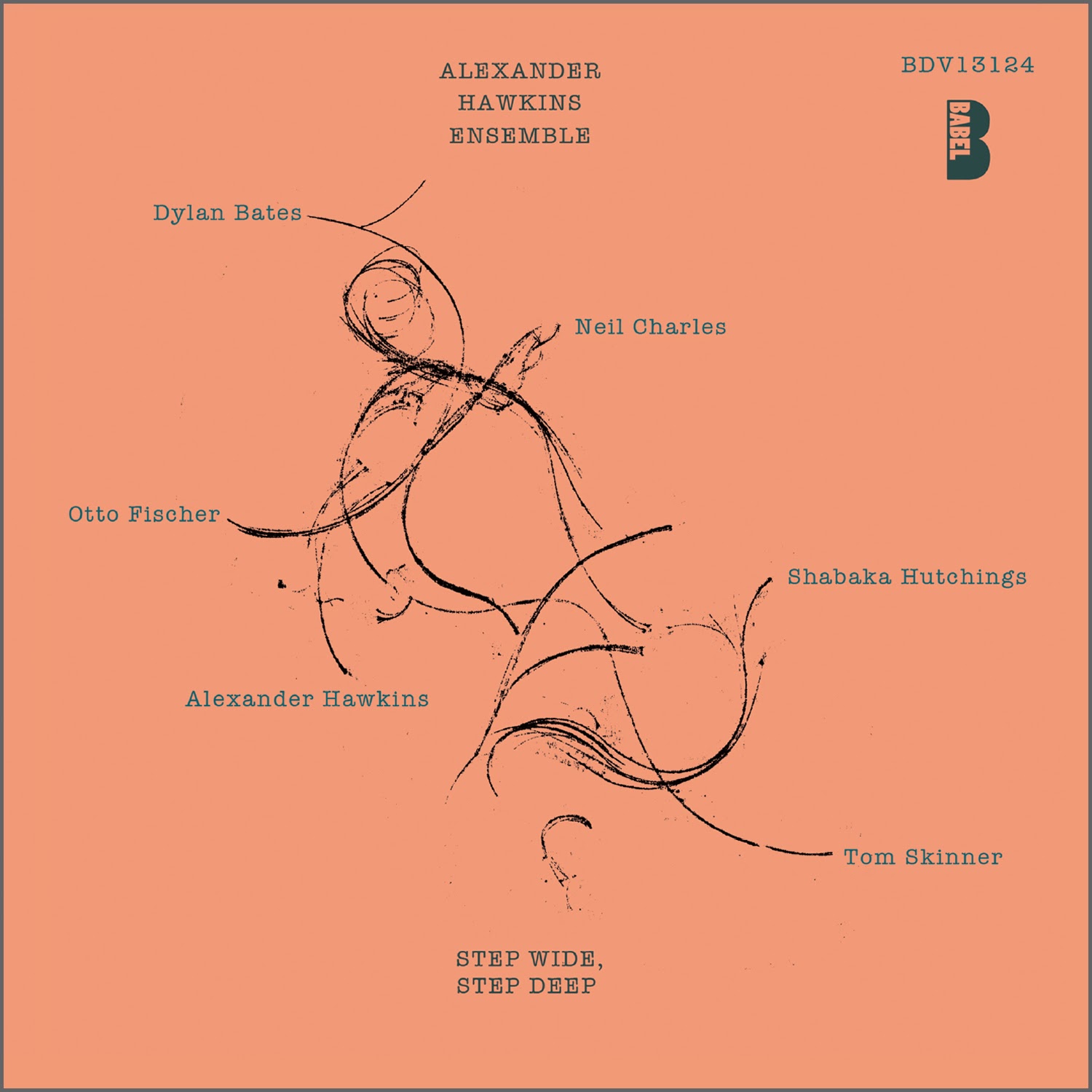 This is the third Alex Hawkins record we've reviewed. At the end of 2013 we had "Song Singular" and excellent piano solo recording, and in 2012, "All There, Ever Out", a very fine 'Ensemble' record. The new 'Ensemble' record follows on in the same direction as the last album but with a slight change to the line-up. Gone are the cello sound of Hannah Marshall and vibes of Orphy Robinson. Violinist Dylan Bates (brother of Django, for all interested) has been brought in, a 'blower' has been added, clarinettist Shabaka Hutchins and Neil Charles and Tom Skinner have taken over the roles of bassist and drummer. The excellent guitarist Otto Fischer, one of the ensemble's key sounds, is still there, good news on the sonic front.

One of the first jazz records I ever bought was Eric Dolphy's "Out to Lunch". That record, as I'm sure you all know, was a fantastic mixture of swing, atonal melody and adventurous improvisations. This record reminds me a little of that same spirit of Dolphy, memorable swinging melodies with plenty of fine solos and improvised passages. "Step Wide, Step Deep - Space of Time Danced Thru" (tk1) leads of the proceedings in real style, probably the most Dolphy-esque piece on the record. This is due, in part, to the new line-up's bass clarinet and violin front-line playing the melody. The other reference is probably the wonderful 'joyous hippo' type solo on this tune from Shabaka Hutchins' bass clarinet. The other members also get a chance to solo, placing phrases wherever possible in the rocky (lurching) rhythm section. The whole piece builds up over the 12 minutes finishing up in joyful mayhem.

I guess that some of the pieces are pure improvisation such as "Forgiven Only Words..." (tk2) and the strangely titled "MO (Itoqqortoormiit)" (tk3). On these pieces the players improvise together in a way that shows real listening skill, taking the music out but keeping some sort of uniformity. The wonderful "Listen/Glow" (tk4) starts out in this fashion but develops in a very powerful way. Clearly a mixture of improvised and composed, the group negotiates the music moving from one section to another in a very creative manner. This is one of the highlights (for me) and made me wonder what rules were used to keep the pieces so focused? The composed pieces - those that clearly have organised melodic material - and the [more] improvised pieces balance the record in a very natural way.

Three tracks round of this excellent record, "Advice" being a sort of quasi-blues riff that circles around-and-around whilst Dylan Bates plays bluesy solo lines. "Ensemble/Melancholy" treads that fine improvised line only to uncover a jumpy composed intervalic melody right at the last few bars. "Baobab Constellation" (tk7) closes the record, a very gentle piece - reminding me a little of some of King Crimson's soft improvisations - where the players show us that volume and dynamics are also worthwhile exploring.

This video is a good introduction to the ensemble and the record....enjoy!

Thanks for the heads up on this one! Listening to bandcamp right now and it sounds fantastic. I can't wait to get this CD in my hands.

Thanks, I'm glad you find it a good album, I certainly did. If you like this one it's very worthwhile checking out Alex's other stuff as I find there's a lot of very good music that he's involved with.

Put Alex in our search box and you'll see there's a few other records we reviewed here which might interest you also.