Here are a couple records that almost fell through the cracks of our backlog from 2013.  They’re both worthwhile releases from two of the more creative mainstream sax players on today’s scene.  Nothing breathtakingly original, but with thoughtful compositions and top-notch musicianship, each has enough going for it to warrant some attention. 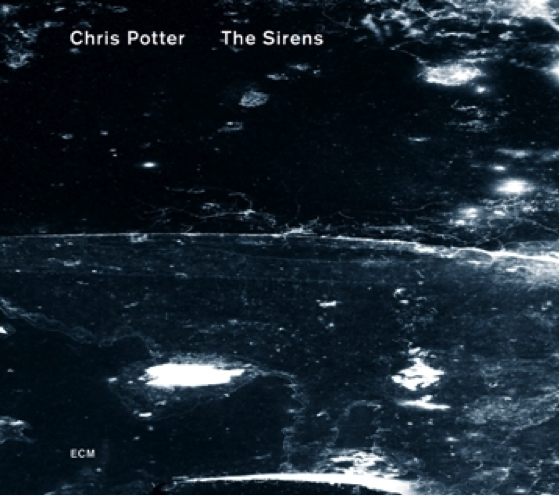 Organized around ideas Potter derived from Homer’s Odyssey, this is a record with plenty of
atmosphere and mood.  From the opening tune, “Wine Dark Sea” onward, Potter’s songwriting chops are on display, with yearning, searching melodies that serve as the foundation for some excellent playing from his first-rate colleagues (the omnipresent Craig Taborn on piano; David Virelles on prepared piano, celeste, and harmonium; Larry Grenadier on bass; and Eric Harland on drums).

What impresses the most about each of the tracks on the album is their cohesiveness.  Part of this is due to the strength of Potter’s compositions, which are deceptively simple-sounding, although in fact there are more than enough subtle twists and turns to keep things from getting too predictable.  And then there’s the playing, which is uniformly good.  Potter’s an excellent tenorist, with an outstanding ability to craft solos that are full of ideas yet remarkably well-structured.  His work on the soprano is a bit less convincing, as he sometimes falls into an approach that is a bit too cloying for my tastes, as on “Penelope,” one of the tracks which aren’t quite as compelling as the others.  But even here, Potter manages to keep things interesting with some nimble soloing before the track becomes too syrupy.  (I should also mention that his use of bass clarinet to open “The Sirens,” the fourth track, is also quite good, and perfect in establishing its darkly beautiful melody.)

As for his bandmates, Taborn (as always) is sensational, alternating his trademark swirling patterns of notes with minimalist passages, depending on the tune, to great effect.  Grenadier and Harland are also integral to the group’s success, as they dig in to each track and draw out its rhythmic core while being in lock-step communication with each other.  Harland brings a slight undercurrent of funk and rock to a number of the tunes, and he’s not afraid to kick up the intensity when the group really gets going.  Virelles’ contributions, while mostly unobtrusive, are still intriguing, particularly on prepared piano, which he uses rather effectively on the second track, “Wayfinder,” with some creative rhythmic commentary alongside Taborn.  Almost all the tracks clock in around the six to eight-minute mark, allowing for enough opportunity for the musicians to develop their ideas but without going on so long as to overstay their welcome.  The only exception is the very brief “Shades” which ends the album with Taborn and Virelles only, in a dark, quiet exploration of just a few languid notes: the perfect ending to a mysterious and affecting record. 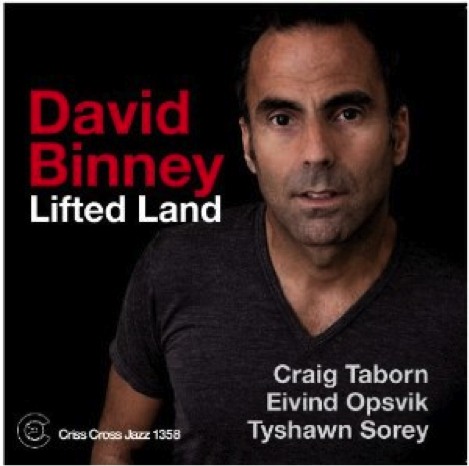 I wanted to like this record as much as Potter’s, but I just can’t say that it’s as good, all things considered.  On the one hand, the musicians here play with as much verve and drive as Potter’s band, if not more so: alto saxophonist Binney’s got a stellar lineup which includes (who else?) Craig Taborn on piano, Eivind Opsvik on bass, and Tyshawn Sorey on drums.  And Binney’s clearly the more adventurous composer, with thorny, complex pieces that demand a lot of the listener.  In contrast to Potter’s sometimes too-sweet moments, Binney brings a stronger edge to his playing.  And yet, at least in the opinion of yours truly, it’s the less successful album overall—as it’s really an example of the whole not quite being the sum of its parts.

The chief culprit here is that Binney’s compositional ambition sometimes gets the better of him, as though he’s trying to do too much.  Case in point: the record’s opener, “Fanfare for Basu,” which begins with an intricate, knotty head, played impeccably by the group, only to then shift gears into what is really a fine use of multi-tracking where Binney intertwines multiple sax lines by himself, with a beautiful harmonic effect—only to then abandon it suddenly as the rest of the band comes back in to restate the complex opening melody, which seems particularly difficult and disconnected now, after the graceful beauty of Binney’s multitracked interlude.  Binney could easily have built the tune around either of the two compositional strategies; but by combining them together, the result seems forced and artificial.  The record has a number of these moments in which the axiom “less is more” might have served as a useful guide.  One can’t fault Binney for his creativity, which is definitely apparent here: but as on the album’s centerpiece, “As Snow Before a Summer Sun,” the final product isn’t always engaging.  At over eighteen minutes, it’s a sprawling and momentarily interesting piece, built around a recurring melody and interspersed individual and collective freely improvised sections—but as a whole, it just doesn’t hold together.  There is a quiet beauty that occasionally emerges, only to recede as the piece moves to the next phase.  It really isn’t until the last few minutes that the track seems to go somewhere, as Taborn establishes a three-chord vamp that Binney solos off of, as the track builds in intensity and just starts to hit the mark before it ends.

The record’s most successful track, “The Blue Whale,” works precisely because it isn’t as ambitious as the others.  It’s structured around a much simpler (and more memorable) post-bop melody that has plenty of drive and allows the entire group to stretch out and do their thing, without getting caught up in the overly intricate compositional workings that Binney is otherwise preoccupied in creating.  (It’s also got Binney’s most impassioned and exciting solo on the record, not coincidentally.)

None of this is to say that the quality of playing here doesn’t measure up—quite the opposite.  Binney is a fantastic soloist, and the others are more than capable of matching the caliber of his musicianship.  But overall, Binney’s compositions just didn’t do it for me.  It’s an ambitious and creative record, which should be acknowledged, but at the same time it’s missing something—a stronger emotional center, perhaps, which would make the album more engaging and enjoyable.