Bill Nace Round Up 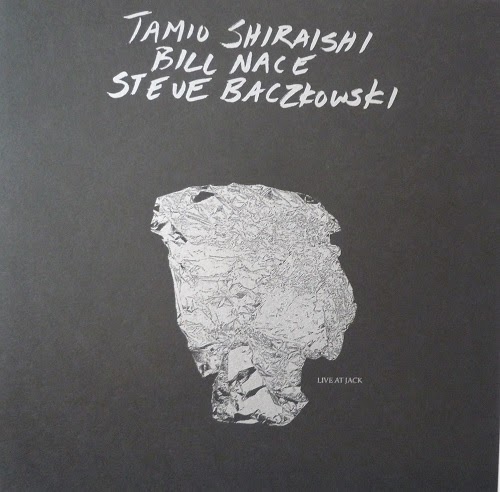 Those of you who are regular readers of this blog will no doubt recall the Deep Listening treatment given to  BODY/HEAD's fine debut album 'Coming Apart'. Whilst many of you will have been familiar with Kim Gordon's prior output, the duo's other member, Bill Nace, has an altogether more subterranean profile. The more eagle eyed may also recall last year's blink-and-you'll-miss-it trio set with Joe McPhee & Thurston Moore Last Notes, one of the year's highlights and no doubt cherished by the 250 who managed to grab a copy. Like 'Last Notes', these two releases hail from Nace's own Open Mouth label, and are available in similarly limited vinyl editions (100 copies for '…Jack' and 180 for '… Spectacle'). 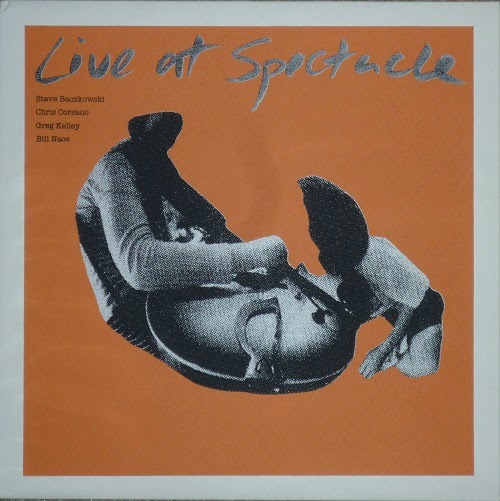 Live at Jack is a single sided 12" featuring a trio of Nace, Baczkowksi & Japanese saxophonist Tamio Shiraishi (an original member of Keiji Haino's Fushitsusha). What the record lacks in duration it more than makes up for in intensity, unsurprising for a Haino affiliate, and given the nature of Baczkowksi & Nace's other documented exchanges. Here Baczkowksi provides the rumbling low end bedrock from which Nace's feedback & Shiraishi's wailing interlock, a perpetually moving yet static assault which savagely re-casts the anguished cries of Kaoru Abe in a more violent post-Japanoise landscape.

Live at Spectacle renews Nace's association with incendiary free drummer Chris Corsano, the duo having comprised Vampire Belt (and with the addition of Jessica Rylan - Vampire Can't), alongside saxophonist Steve Baczkowksi and trumpeter Greg Kelley. Mastered at 45rpm, this release also errs on the short side, however here the sounds aren't as pressure-sealed as they are on '… Jack'. The language is grounded in the scrapes and bleats more familiarly found within freely improvised territory, albeit utilised which more aggressive assertion here. Corsano's continual motion provides inner propulsion to a patchwork of carefully focused fiery turns which suggest a noisy vitality in a music more often associated with mannered middle class reservation.

Whilst it may seem somewhat futile to review releases which can physically only reach a relatively small audience, Bill Nace's output and the wider community served by Open Mouth are definitely deserving of an increased profile. On the back of Guitar Week, anyone with an interest in the textual and abrasive potential of the instrument would do well to keep an eye on Nace's work, which demonstrates real subtlety and deft interaction behind its serrated exterior. Of Open Mouth, it provides an entry point to a community of musicians working in the margins of freely improvised sound who often fall though the cracks as they produce work which is often difficult, unclassifiable and subsequently (to a wider audience) unmarketable. For those prepared for the additional leg work required to monitor their output, this interconnecting network generates a perpetual trove of interesting releases - the rewards of which are instantaneous and recurrent.

I'll add in a recommendation for:

on the Ecstatic Peace label. A fantastic album.

Agreed Richard, great record. Also worth a look on Ecstatic Peace is Flaherty/Nace 'An Airless Field', 'No, The Sun' on Open Mouth, and the numerous Flaherty/Corsano releases (both duo & otherwise).

Nice review, Matthew! "Last Notes" made my Top 10 list last year - and I wish I could've included Spectacle as well.