Two horns interlocked in mesmerising dialogues, finding a common language, a common sound, challenging each other, pushing boundaries. Nothing like a duo of similar instruments to engage in a competitive interaction, one which forces the other musician to listen to what you can do, suck him in your universe and be challenged to venture in his - not "her" in this list unfortunately - sound world. Strangely enough the trap is to be focused on each other, much more than to create something simultaneously for an audience, as you would with two completely different instruments.


On the first one European legend Evan Parker meets American legend Joe McPhee. Both meet full of respect for a fascinating dialogue on trumpet and sax, or mostly both on sax. The playing is fully improvised and because of the sound of the tenors, also a very warm album. The mood is relatively subdued, with lots of circular breathing, yet soulful, with some moments of increased power play, although these are few and far between. Both artists think about sound, and perform something together, rather than competing. It is solemn and highly recommended to fans of either musician, and of both of course. 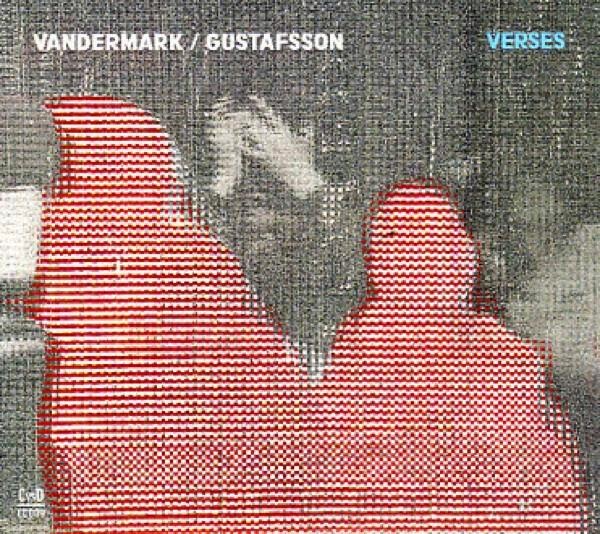 Another fascinating listen is this duo between the two champions of the tenor, Ken Vandermark and Mats Gustafsson, two heroes of this blog, artists who've been shaping the form of improvised music and free jazz in the past decade, saxophonists whose names stand for power, creativity and productivity, two men who are also fascinated themselves by the shoulders they stand on, whose legacy goes back to Ayler as much as to respecitvely Giuffre or Bengt Nordström. Both musicians had played together before, but always in larger ensembles, with Brötzmann's Chicago Tentet, or with Sonore, on joint meetings of their trios with DKV + Aaly.

Yet this is their first duo performance, with Vandermark on tenor, bass clarinet and b flate clarinet, and Gustafsson on tenor, alto and baritone, and they show us the myriad of possibilities of sound with these instruments, and even if they demonstrate a variety of techniques and skills, the focus is always on the music, which flows between soulful and quiet moments - as on "I Never Dreamed", to intense chatters ("Fortunate Rust") and powerful howls ("Beside Me, Images"), yet always, always subtle and full of nuance. 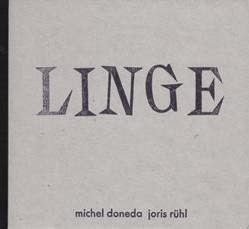 The German French Joris Rühl is on clarinet, for his second album, in the company of the French soprano saxoponist Michel Doneda, who must be around his seventieth album by now. Of all the albums in this review, the overall atmosphere is the most minimalist, and one on which both musicians are focused on creating a common soundscape rather than enter into a dialogue. Indeed, both reeds create a longitudinal slow movement of sound, which quietly develops around a tonal center. This is a work of subtle finesse, of tonal refinement and precision that is totally different from the raw interaction of some of the other albums reviewed here, there is no call and response, no fierce dialogues or powerful howls, no, the mood is subdued and intense, less about expression of emotions than about the creation of a fragile beauty. 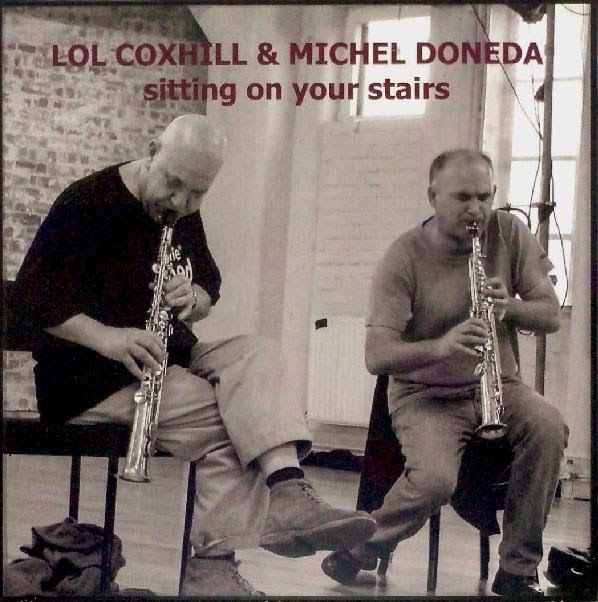 On this album, we find the late Lol Coxhill in a duo with Michel Doneda, both on soprano for a really intense dialogue, so intense, that you often wonder whether they ever thought that anybody would have to listen to this, yet that being said, once you actually do listen, the result is pretty hypnotic at times, with both men doing bouts of circular breathing, or moving together in loud screams, bird-like calls, and then falling back to real fragile and tender musings, vulnerable. I am not sufficiently expert to distinguish who is who just based on their sound, which is remarkably similar, both in tone as in the timbral and musical dynamics. They are really on the same space when playing, equally technically skilled, equally free, at any time able to join the other artist on his wild flights while guiding him back if needed too. 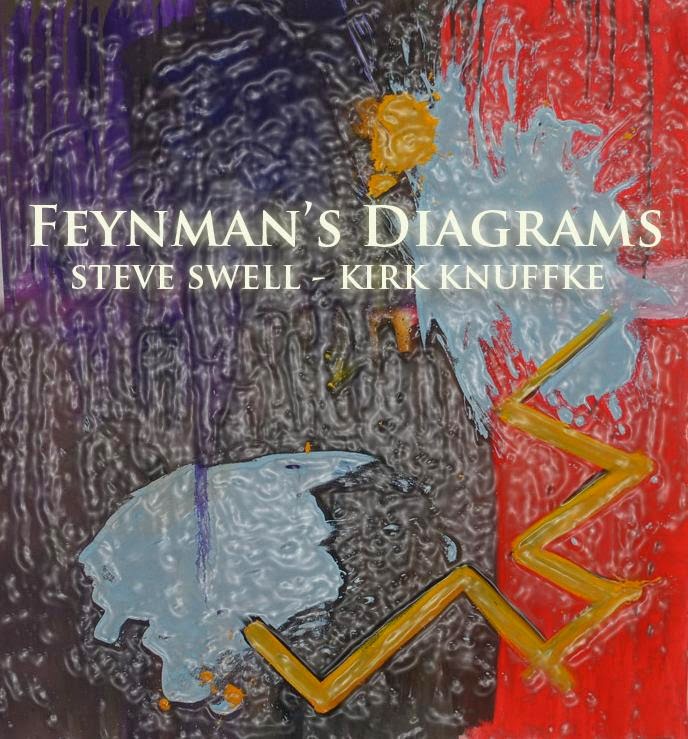 There is a strange relationship between physics, mathematics and music. Think of references made to astronomy, particle physics, quantum mechanics and other theoretical physics references in albums by Agustí Fernández, Matthew Shipp, Rob Mazurek, and several more. Here we have Steve Swell on trombone and Kirk Knuffke on trumpet, engaged in great interactions, bouncing like particles in Feynman diagrams, some moving towards the future, some back in time. Here we are in a moment of full perplexity, again, as to what all this means. Nevertheless, Swell and Knuffke are great musicians, stellar artists, and their dialogue is interesting. They explore. They explore sounds, without any intensity, slowly, cautiously, interacting, reacting, co-creating a canvas of phrases and notes, more abstract than the mathematical equations underpinning the Feynman diagrams, and the result is great, offering a sense of wonder about individual tones, creating a sense of gentle surprise at the next thing happening. It's intimate, contained, minimal yet rich, full of small attentions and maybe also intentions, like notes offered like presents, generously, full of warmth and friendliness, in the icy cold and barren world of particle physics. 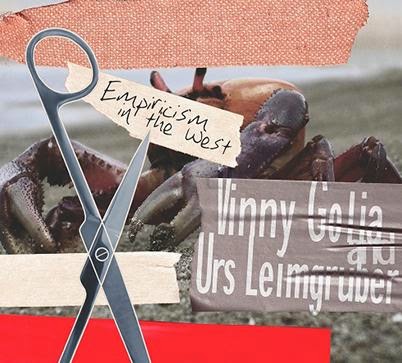 This albums offers duets of two masters of free improvisation, Vinny Golia from New York on bass flute, soprillo, sopranino, bass saxophone, Bb and contra-alto clarinets, and urs Leimgruber from Luzern, Switzerland, on soprano and tenor saxophones. And for the latter I have some regret about not having reviewed more of his albums on this blog. Again, this is an album of dialogue, yet one of ever shifting players, because of the frequent changes in instruments used, especially by Golia. Their musical universe is one of try-outs, one of spontaneous improvisation, one of experience, as its title suggests. You can theorise as much as you want, and as the title of the tracks suggests ("The Analytic And The Synthetic", "The Scientific Method, Logical Truths Are Linguistic Tautologies", "Matter Is The Permanent Possibility Of Sensation", etc.), it is not about science, it's not about organised systems with high predictability repetition of experiments, quite to the contrary, it's about the experience of the try-out itself, about organic beauty that cannot be captured by systems or logic or mechanics. You get a lot here, an open-ended creation of two highly specialised experts of their instruments, bringing lots of variety despite the limited line-up, demonstrating the experience of freedom and the demonstration of freedom that comes with experience. 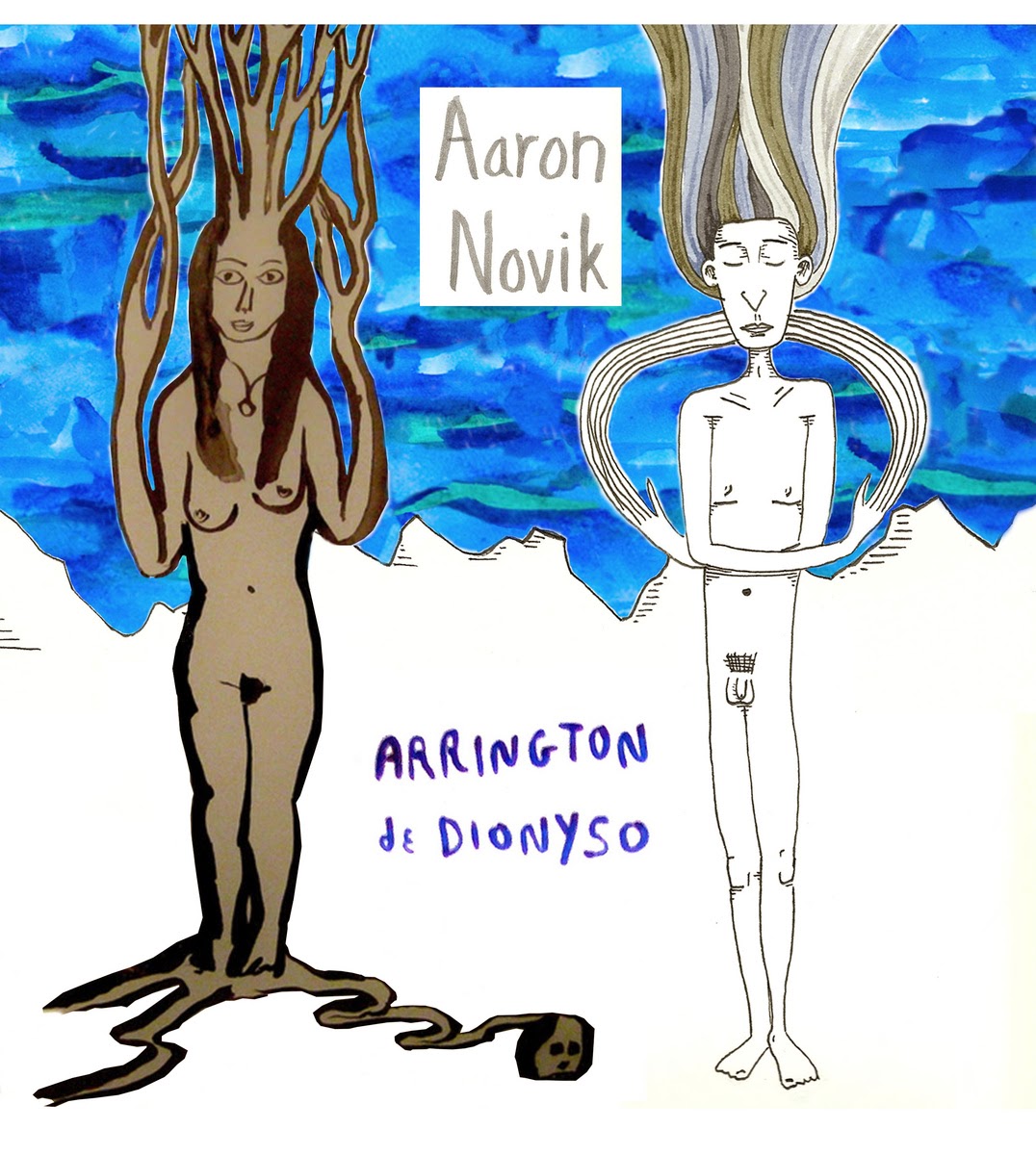 A totally different sound we get from two lesser known musicians, Arrington de Dionyso on voice, bass clarinet and percussion, and Aaron Novik on bass clarinet, electric bass clarinet, clarinet and percussion. On the first track they are joined by Eli Crews on electronic manipulation. Both reedists come from a more punk and rock-oriented background, iconoclasts and irreverent destructors of established patterns, with "trans-utopian world music for a world that exists in fever dreams and hallucinations" as we can read on de Dionyso's website, and we know Novik from his "Secret of Secrets" on Tzadik two years ago.


The first track "Electric Duo" is an out of this world nightmarish vision, yet once they play their reeds acoustically, the universe changes. Don't expect sounds like the heroes in the other reviews, the approach is surprisingly a little nicer, with often some klezmer-inspired or balkan references. Yet, their music has indeed some shamanistic howls, some unusual approaches - luckily! - and it is fun, although you feel they not on their familiar ground here. Is it too nice? Check for yourselves.

Just curious: have you dropped the star ratings?

yes, at least for this lot.