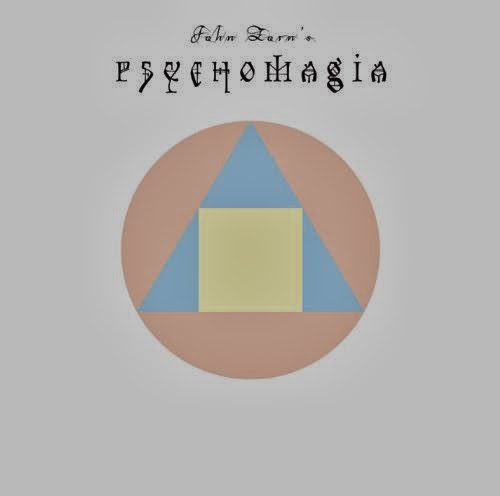 When I was 17 and learned to play the guitar I was fascinated by jazz rock and especially guitarists like John McLaughlin, Larry Coryell, Al Di Meola, and Larry Carlton because I was impressed by their technical abilities. My love for jazz rock or fusion didn’t last long, though, since I thought it was too often about displaying these skills instead of concepts, spirituality, subtle ideas and sound - as David S. Ware once put it (although I still like some early McLaughlin and Coryell recordings).

On the other hand I have always loved John Zorn and it was obvious that his idea of fusion was different and off the beaten paths. For Psychomagia he has used non-musical – in this case philosophical and cinematic - sources like the medieval Dominican friar, pantheist philosopher, poet and astronomer Giordano Bruno and avant-garde filmmaker Alejandro Jodorowsky (mainly known for his surrealistic western “El Topo”). Psychomagia is a part of Zorn’s Masada Book Two – The Book of Angels series, a circle for which he has composed hundreds of tunes, and which he has realized with artists as different as the Masada String Trio, the Ben Goldberg Quartet, Pat Metheny or The Dreamers. For the compositions on this album he has chosen Abraxas, a band including Shanir Ezra Blumenkranz (b), Kenny Grohowski (dr) and Eyal Maoz and Aram Bajakian on guitars. It is their second album for Zorn after The Book of Angels Vol. 19.

What distinguishes Zorn’s tunes from ordinary fusion is his wild mixture of styles and his postmodern approach mixing surf sounds (“Metapsychomagia”), playful country miniatures (“Sacred Emblems”), heavy rock (“Circe”), references to his own works like The Gnostic Trio’s In Lambeth (“Squaring the Circle”), math rock and Moonchild echoes (“Celestial Mechanism”), psychedelic art rock (“Evocation of the Triumphant Beast”), mad jazz rock (“Four Rivers”) or almost sparkling new age textures (“Anima Mundi”). However, all these tracks are true Zorn compositions interwoven with Near Eastern melodies, western soundscapes and jazzy wackiness and Abraxas play these pieces with the abrasive, breathtaking energy of a monstrous jam session. The musicians never consider technical skills as ends in themselves, they always serve the compositions.

Psychomagia is a High Mass for guitar freaks, fans of the music of Frank Zappa and for those who like the harsher sides of Bill Frisell and Marc Ribot.

Hi,
The first Abraxas record was part of the Book of Angels serie. This one is not. It's only the same group of musicians.