Over the course of the years we have featured several round-ups of guitar centered free jazz albums, and last year, we presented the first "guitar week". This week we continue both of these 'traditions' with a new guitar week that kicks off round-up style. 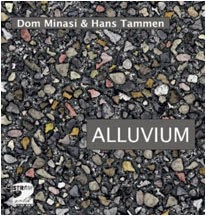 Alluvium is the guitar duo with Hans Tammen. Using percussive strumming and non-standard chords as a baseline (not bassline), the two musicians set out on course where they dodge and weave around each other as snippets of melodic runs smash into tonal clusters. A recognizable guitar sound takes its time to even appear on the title track - rather we hear percussive hits on the instrument's body until the track heats up into a collage of textures and rhythms. The following 'Sand and Rain' finds the guitarists circling around a delicate tune - finger picked figures make up the background as a long form melody slowly unfolds. 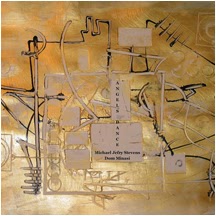 Angel's Dance finds Minasi working with pianist Michael Jefry Stevens. The album starts off quietly with a set of delicate chords from the piano and the guitar seemingly bubbling in the auditory distance - perhaps the very reason for the title 'Underwater'. The duo's improvisations suggest to me a sort of parallel play, where Stevens is nominally setting the direction that informs, but does not direct, Minasi's playing, and vice versus. Whereas some guitar/piano duo's may explore the sounds the instruments can make outside of their traditional roles, Minasi and Stevens engage melodically, creating deeply engaging passages with layers that unfold in repeat listens. 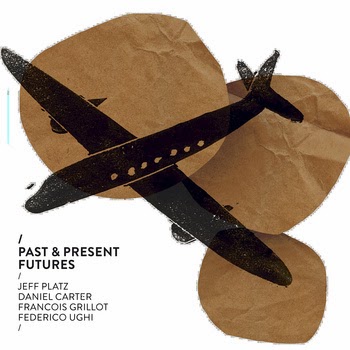 Boston area guitarist Jeff Platz's quartet album Past & Present Futures is both a clever play on words and a document of exemplary free improvisation. With the support of Francois Grillot on bass, Frederico Ughi on drums, and Daniel Carter on woodwinds and brass, the guitarist nimbly picks his way through the set with a classic jazz guitar tone and an expansive palette of sounds and colors.

From the opening seconds of the 'Present' the quartet is on solid ground with a strong guiding pulse. On the following 'Futures', things feel less certain, as the tune conveys melancholy and reservation. Mid-point in the track, Carter falls into a gorgeous passage on the flute over Grillot's undulating bass, then Platz seamlessly delivers a palette cleansing set of slides and swipes. Probing and pushing, it's lovely. Electronics - or is it a heavily processed guitar signal? - enter on the dark exploratory track 'Distance'.

A really nice set that for the most part eschews extended techniques and emphasizes strong melodic interplay. 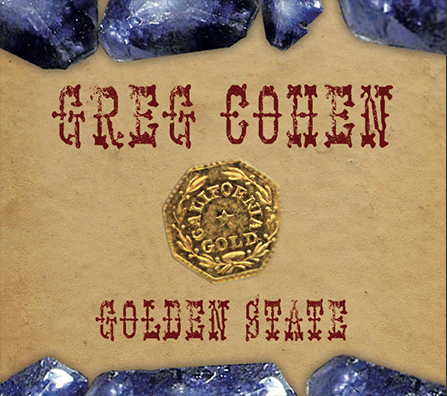 Here is a real treat - a music rumination on life against the backdrop of California's natural beauty. Golden hues, big trees, wide open spaces, gem stones and rolling hills can be heard throughout this duo recording, featuring guitarist Bill Frisell at his Americana best and the sublime bass work of Greg Cohen.

The blue gems that frame the cover image are Benitoite, and according to Cohen's liner notes are exclusive to St Benito, Ca. Like the crystals, Frisell's bluesy shimmers and folk-like melodies are unique gems that frame this recording. Frisell is steeped in the sounds of American music, and his playing here exemplifies its core melodic and harmonic elements.

The music is light, airy, and it glides along effortlessly. Moments of the track 'Severino' may remind listeners just a little of Gone, Just Like a Train, though Cohen eschews explicitly deep bass grooves, and leans towards counter motion and melodic suggestions. The ol' chestnut 'California Here I Come' has an extend solo bass intro before kicking in properly, and the track 'Benitoite Blue' gets a free jazz introduction before it slides into a rubato ballad.

While not a musical ground breaker, it is a fantastic journey with some inspiring views. 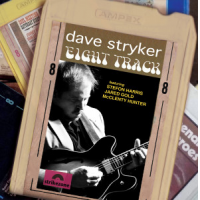 My defense here is pure guilty pleasure of CTI records of the early 1970s. One of the first jazz LPs I owned was George Benson's White Rabbit, and it was instrumental in my transition from rock to jazz (in the early 90's). On 8-Track, guitarist David Stryker pays homage to popular 70s songs like Curtis Mayfield's 'Pusherman/ Superfly', the Jackson 5's 'Never Can Say Goodbye' and Pink Floyd's  'Money' (also the strongest arrangement of the album). Vibraphonist Stefon Harris, organist Jared Gold and drummer McClenty Hunter create a lush garden for Stryker's tasteful, and slightly biting, playing.

Please read that star rating in context of the blog - this recording goes down easy, as it should, it is pure enjoyment and masterful playing. It doesn't set out to re-wire the mind or condition new ears, rather, it's a set of tunes that are a pleasure to listen to, and I'm sure to play.