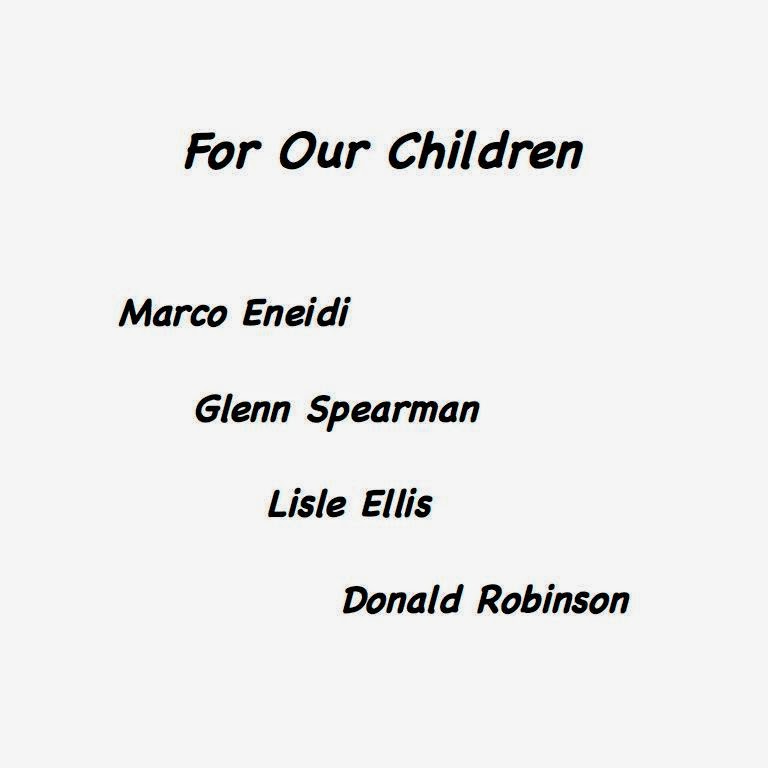 The 19th century German philosopher, Friedrich Nietzsche once said “Without music, life would be a mistake.”

As I sit back and listen to this album for the 5th time in as many days this quote came to mind.  It hasn't mattered what I’ve been doing while I soak this album into every pore of my being, from doing the dish, to the daily commute, this album hypnotizes me. With the front line of horns waltzing together through the 50 minutes of music, you can not help but become engaged. This release, recorded in 1995, with the late Glenn Spearman on tenor saxophone, Marco Eneidi on alto saxophone, Lisle Ellis on bass and Donald Robinson on drums is an absolute gem. Seeing the light of day after almost 20 years, the music sounds as fresh as if it was recorded today.

This is by no means a fire breather season, with the 5 tracks that encompass this album drenched heavily in bluesy notes that will leave you returning over and over. Even with the blues overtones throughout, both saxophones find ample room to search and explore before returning to the given theme. Throughout the album Donald and Lisle lay a foundation that allows Glenn and Marco to paint a canvas of beautiful colors and textures. And while both Glenn and Marco find room to solo on every track, it’s on the closing track where we are treated to the entire collective getting time to shine, and they do not disappoint. Coming in just under twenty minutes, “Rebirth” is the defining song. As we all know, improvised or free music is known to have songs play out over ten, twenty or heck even entire cd’s, but what is amazing is when a song like “Rebirth”, at twenty minutes, feels like it only began when it is ending.

It has only marginally to do with the review but Nietzsche was German.
And although he composed a bit he was fundamentally a philosopher.

From whom can this CD be purchased? Nothing seems to come up on searches.

I would recommend reaching out on Facebook. It's not any easy find, unfortunately. The music is phenomenal.

Anyone could help to find physical Botticelli records, not downloads.

From the comments on the facebook page, it looks like you have to buy directly in Vienna.
That's a bummer.