Trumpeter Paul Smoker is always a joy to hear. Somewhat underrecorded in my opinion, his playing and his sound holds the perfect middle between tradition and avant-garde, between power and sophistication, between accessibility and adventure. Drummer Phil Haynes also has more than 65 albums on his discography, having played with greats such as Dave Liebman, Ellery Eskelin, Dave Douglas, Mark Dresser, Vinny Golia or Herb Robertson, all musicians with superb technical skills, and it's no mystery they chose Haynes to perform with. And obviously Smoker and Haynes performed together too, as is testified here. 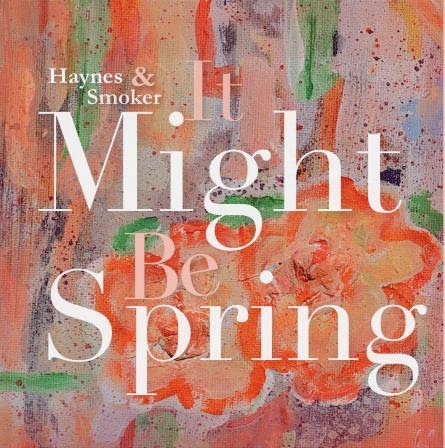 Trumpeter Paul Smoker and drummer Phil Haynes have performed and recorded a lot together. So much so, that Smoker is the trumpeter in Haynes' bands and Haynes is the drummer in Smoker's. Here we get them in a wonderful duo album, recorded live in 2011 in Buffalo, New York.

They bring us some common repertoire, as in "Beverly" (from "Large Music 1"), "Kami Sue" and "See How They Run" (from "Cool Lives"), all welcome pieces because known and performed with gusto and joy. One track "Spring Drops" was penned by Haynes, they have a long improvised piece, called "Some Blues, Man", and then they treat the audience, and us, to their own personal and idiosyncratic versions of some standards, such as "My Funny Valentine" and "Summertime". And if you think these great compositions have been played to death already, think again, because despite - or thanks to - the limited line-up, they infuse the standards with a new sense of drama and dynamics, and true moments of fun.


I loved this band's "Cool Lives" tremendously, especially it's modern take on jazz without relinquishing tradition, amplified by its often adventurous openness to structural development ot the themes. The band, now reinforced with Drew Gress on bass, goes on in the same vein. The other members of the Notet are Paul Smoker on trumpet, Steve Salerno on guitar, and Phil Haynes on drums.

The playing is as good as on the previous album, the overall tone remains intense and precise, rather than loud or wild, and even if two two of the compositions are identical ("Evan's Room" and "See How They Run"), the addition of the bass adds more warmth and structure, including some broader emotional power in the quiter moments, as when he's playing arco on "Ethereal", a composition also to be found on the band's "Live At The Bop Shop".

And that makes this album maybe "just good". The playing is good, the music is good, the interaction is good, as are the variation, the inventiveness, the sound, the sensitivity and the sense of adventure, but it is a little bit more of the same, good enough, and highly enjoyable, yet only three of the seven compositions are new, albeit with a slightly different line-up.