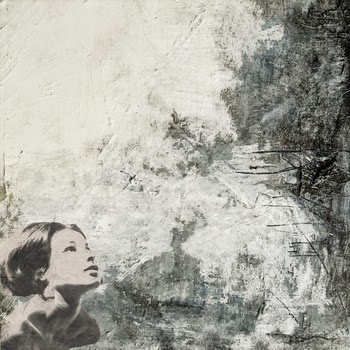 Ceremonies Out of the Air is an album by Philadelphia artist Keir Neuringer.  It is an ambitious, 79 minute solo effort, showcasing Neuringer's command of the saxophone.  This work was recorded last year, five months after the artist's mother's passing, before an audience inside a local church.  The music is deeply spiritual and personal, a herculean effort of circular breathing and expression -- three of the album's five tracks are over 17 minutes long, and none are shorter than 9 minutes.

The opening track, "okay we can go now," is a sustained note that is hypnotic, reminding one of Tibetan throat singing.  The next track, and the best, "Japanese Maples," Neuringer varies his sound, almost an ululation, but it is a bit more controlled than outright grieving, moving from loud to almost silence, changing notes frequent to making subtle switches.  It is a powerful work.  "i dreamt there was nothing wrong with my chemistry," pulsates like blood moving through veins, working from a set group of notes, making slight changes to tone and rhythm, all while sustaining it for over ten minutes.  "Dogwood Circle" does what the title says, sounds looping round and round, slowly decreasing until you hear him just hitting the keys.  The closing track, "we had mostly good times," is perhaps the most poignant of the album, drawing from the rich tradition of spiritual jazz from Dolphy to Ayler and onwards, to express love and loss.

Emotionally, Ceremonies is very moving, yet taken at the surface level, without knowing the personal story, the listener may find it to be an endurance test.  Neuringer succeeds in tracks like "Japanese Maples" and "we mostly had good times"  because the playing allows one to follow a structure, and hear it evolve, reshape, deteriorate that tells a story, where others come across as being too obtuse.  What stands out, knowing or not knowing, is Neuringer's playing, which shows tremendous range, emotion, sensitivity, and intellect.  Recommended.

This approach sounds completely like Colin Stetson to me - unfortunately he Mr Neringer does not have Stetson's vision.

I disagree, Colin Stetson is basically playing pop music. This record is some pretty heavy free improv, if you hear past the commonalities of technique

I agree with Stefan's critique - it's an album that requires your patience but it's quite moving.