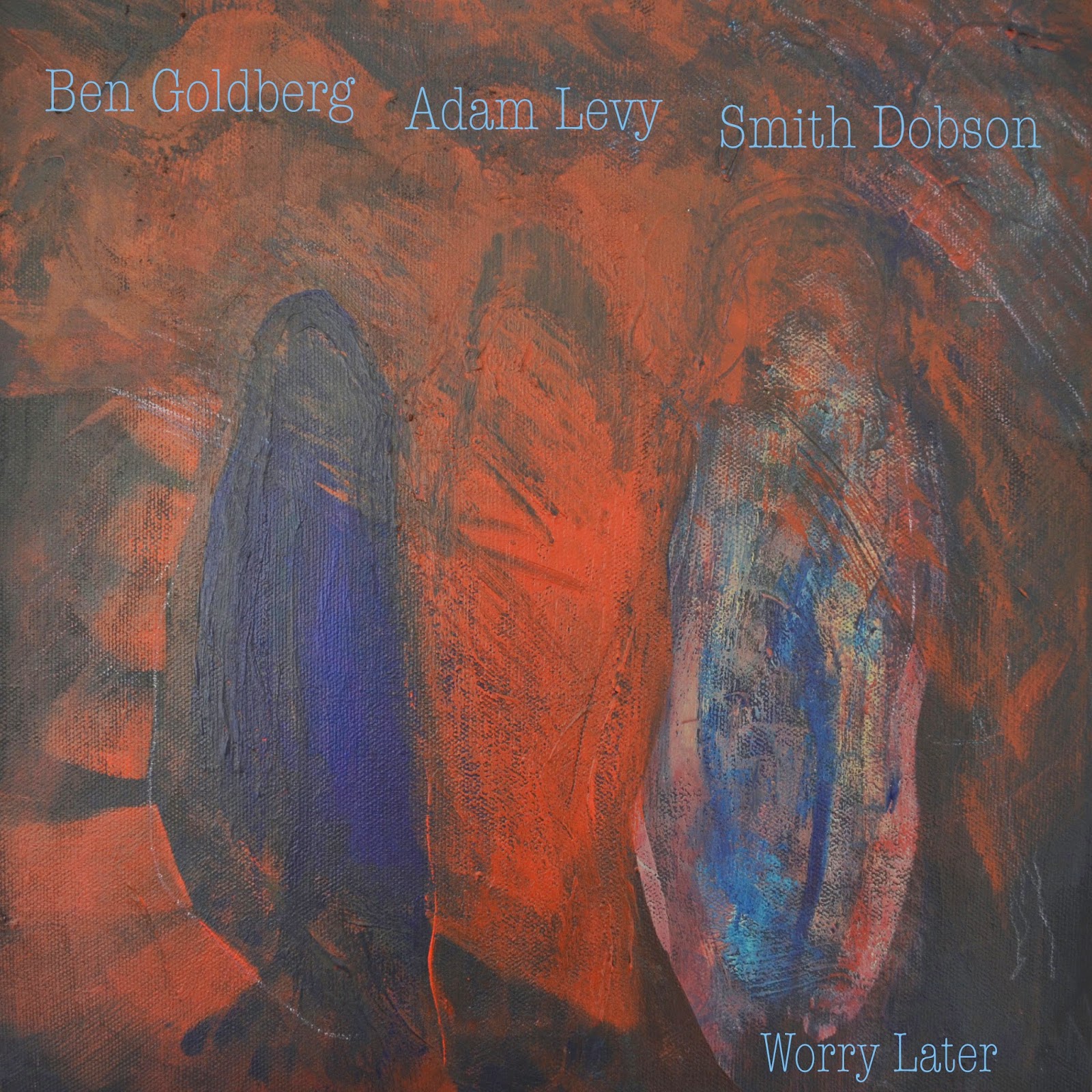 Woodwind player Ben Goldberg has done something like this before. Back in 2007 he pulled together a trio with Devin Hoff and Scott Amendola and dug into the Thelonious Monk song book. That album, Plays Monk, is a brilliant bass, drum, and clarinet take on the master. Here, with drummer Smith Dobson and guitarist Adam Levy, he's at it again, and that is some truly good news.

Kicking things off with 'Hornin In', a template is set - don't expect chord comping from Levy, straight ahead swing from Smith or verbatim melody from anyone.  Goldberg's group sketches the outline of the tunes and unfolds outward from there by taking Monk’s musical language, reducing it to its essence, and rebuilding it in their own way. Plucking threads from the atmosphere, the trio stitches back together individualistic versions of the already quite idiosyncratic music of Monk.

I'm particularly fond, after the first few listens, of the driving 'San Francisco Holiday (worry later)'. The track begins with the drums laying down the groundwork before the iconic melody is introduced only to be deconstructed moments later into a free improvisation. The clarinet and guitar spar more than they cohere, but in this three way duel, the tune is delivered in a sophisticatedly splintered manner.

The whole album is enjoyable in this manner as Goldberg picks the tunes carefully. A mix of lesser know gems (Light Blue') and evergreens (‘Brilliant Corners') gives the trio a great base to work off. Picking out enough of the melodies to let the listener connect and creating harmonies as they pass by each other, the group acts like a chordal instrument-less group, except for some rare tonal clusters from Levy, there is immense space and tight interactions.

In sum, very cool and loads of fun, Worry Later is another sophisticated and recommended take on Monk.

Worry Later will be available download only via the usual suspects starting May 20th.