Polish saxophonist and bass clarinetist Mikołaj Trzaska has a more than impressive career, not only within his own country, but increasingly internationally, an evolution we can only applaud. His music has also made an interesting evolution, or better still, it is a tree with many different branches, going into full power free jazz mode (with for instance Peter Friis Nielsen and Peeter Uuskyla), and lyrical sensitive modern jazz with the Oles brothers, European free improv (with Brötzmann and Johannes Bauer), and more jewish inspired sounds with Ircha. Next to all that he was also the co-founder of Miłość, one of the best known bands of Polish "yass" as the country's specific variant of jazz is called, and let's not forget his work for the dramatic arts, probably also an influence on the story-telling aspect of music. In any case, what he does is worth listening to, it's actually really worth looking for, and this for each of the branches that grow out of the solid tree. And that tree is one of real humanity, authentic expression and lyricism, even in the wildest formats, and a deeply rooted sense of adventure. And does everything work? No, surely not, but that doesn't matter: he's taking the risks and without taking the risks you don't get anywhere, let alone shape listening experiences.

In the end it is a matter of choice. He's been very prolific in his output recently, and here are some albums that require highlighting. 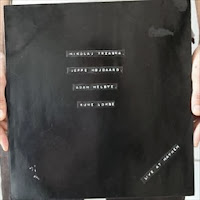 It has taken me a year to write the review on this album. Primarily because I don't like to write negative reviews, of which I do not really see the point. But then again, Trzaska is such an important musician in my opinion, that not reviewing it would not be good either. Trzaska is performing with a Danish trio on this album, with Jeppe Højgaard also on saxophone and clarinet, Adam Melbye on double bass and Rune Lohse on drums. Even if the sound quality is not ideal, the album starts well, yet somehow the efforts taken never really gell. There is a lot of searching going on among the four musicians, yet they never find the sound they want to bring, to the extent even that I think that sometimes some of the band members take a step back to avoid too much confusion, and not surprisingly the best part is the first half of the second side, on which silence and quiet solos create a good atmosphere, but it ends in absolute mayhem, no sorries for the pun.

And do you get value for money? "These records are the product of a year's work. Each record is made into one LP and is sold for the price of 2,000 $ a piece. If you choose to buy all 7 you will get a discount", writes drummer Rune Lohse on the website for his label. Luckily cheaper version exist via iTunes and other download sites.

Things get phenomenally better with his trio with Devin Hoff on bass and Michael Zerang on drums. Trzaska starts with a slow and lyrical intro on his alto, setting the sound for a twenty-minute improvisation, that despite its many changes of fierceness, speed and phrases retains its initial concept, demonstrating how great an improviser Trzaska is. He explores emotional content, sonic possibilities, soaring, singing, howling like you've rarely heard an alto howl, yet keeping focused at the same time on the improvisation's foundation. Strong stuff, and Hoff and Zerang are perfect to achieve the fantastic end result, and if they already shine as a trio, they also get some time for solo activity.

The second side starts equally slowly and lyrically, at times almost sounding like a spiritual invented on the spot, with feelings going deep into everyone's mutual understanding of places for which no words exist. It is sad, it is yearning, it is exalted, full of joy too, and then listen how Hoff's bass reinforces the feeling with his deep rumblings on bass, and Zerang's creative emphasis of moments, supporting the alto or even on the quieter pieces sufficiently strong to keep the percussive power going, shaping wonderful contrasts.

Of all the sax trios around, this is possibly one of the highlights of the year. It is not the most innovative, because this is free jazz in its most essential delivery by a sax-bass-drums trio, and they do not do anything else than do what so many improvising sax-bass-drums trios have done for fifty years now, and still what you get to hear is of such a solidity, such a purity, such power and such flawless delivery, that it dwarves even some of the giants.


Inner Ear is a new band, with Trzaska on saxophone and bass clarinet, Steve Swell on trombone, Per-Ake Holmlander on tuba, and Tim Daisy on drums, a band that performed also twice, at the same moment as "Sleepless In Chicago", with the first part recorded at the Hideout in Chicago in March 2011, and the second part at the Elastic in August 2012.

The overall sound is more linked to European free improv than the jazzy blow-outs on "Sleepless In Chicago" and the quality is also less. Trzaska, Swell and Holmlander are not always on the same plane, often on a kind of sonic collision course, with Trzaska trying to get some lyricism into the proceedings, but when failing this, also resorting to long howls and fierce shouts.

It is a strange album, one that has its good moments, for sure, but this is not sustained throughout. Indeed, when taking risks, you sometimes fail, and I guess this is one of those moments, including the bizarre abrupt ending of the music on the last track, as if the label had also heard enough, and just switched off the sound.


The brilliant mastership goes on with this equally strong "Tar & Feathers", now with Polish acoustic bass guitar player Rafał Mazur and with Hungarian drummer Balazs Pandi. Mazur's skills on his custom-made instrument add a lot of weight to the overall sound, with a tone that is clearer than an acoustic bass, allows for more speed, more rock-ish, while still maintaining the natural acoustic sound. Pandi we have reviewed before, with his collaborations on Ivo Perelman's "One", and with Slobber Pup, two bands in which Joe Morris also features. Recently, Pandi also toured with Zu, the Italian power jazz band.

This rhythm section already gives you an idea of where the music could lead : to regions of high intensity and power play, and it is wild, violent at times even, but then Trzaska's lyricism, the beauty of his phrasing, the deeply felt blues and 'Weltschmerz' that resonates throughout his improvisations and spontaneously generated themes, add a sensitivity to the music that is strangely not in contrast with the rhythm section, because the interaction between all three musicians is so good, so fluent, so coherent, that the result is almost magical. Descriptions like violent sensitivity, or raw sophistication, come to mind, or a Jackson Pollock aquarel, if that exists, in any case a merging of opposites, a suspension of differences, an eruption of beauty.

The performance was recorded live at the Club A38, a ferry boat floating on the Danube in Budapest, Hungary, for an enthusiastic audience. 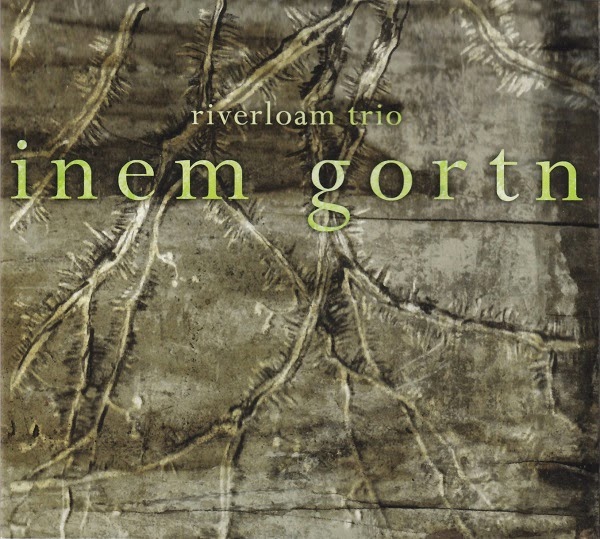 Two years ago, No Business released "Riverloam Trio", a collaboration between Trzaska and British musicians Olie Brice on bass and Mark Sanders on drums. Their first album was great, and when the three musicians met again in New York, they recorded this CD, possibly somewhat more accessible than the 500 copies LP of the first record. Again, the collaboration is a success, with Trzaska as the lead voice managing to remain inventive, and instead of having a sixty-minute blowfest, the trio gives us eight tracks with great variety, including lyrical beauty, relentless blowing, an intro ("Beware Of The Porter, Part 1") full of surprise, some bluesy stuff, and much more. Of all the albums reviewed here, the trio is really a balanced trio, with Brice's arco often going into full dialogue with the sax as the second lead voice, and Sanders' drumming is a listening experience on its own. The great thing about this trio is that all three artists take initiative, while being able to listen and adapt to the other player's initiatives.

The Yiddish title, "Inem Gortn", means as much as "In The Garden", and it is only on the track with this name, that Trzaska picks up his bass clarinet, and brings us one of his phenomenal soulful, spiritual, deeply emotional solos, then leaving Brice the full space for an equally strong bowed solo. Sanders gets his own solo moment near the end, sufficiently long to entertain, but the trio is really at its best when they play as a trio.


In short, three highly recommended albums, not surprisingly all trio albums, slightly different in approach, yet spectacularly good in the quality and depth of the musical delivery, even if a little less so in the formal innovation.