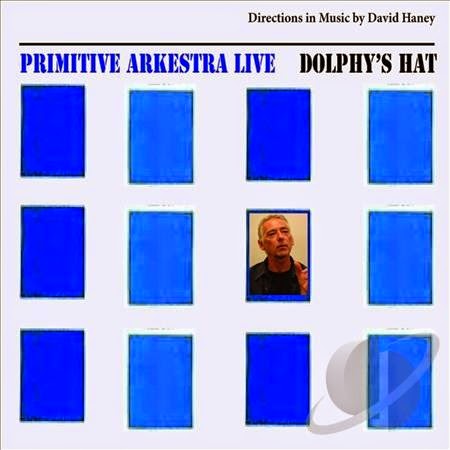 The works are all improvised, unrehearsed, with minimal directions.  Haney says "The themes are simple and secondary to the forms."  The music reflects that intent.  "Leopard's Boulevard" is probably the strongest track on the album, a three minute burst of music that recalls Ayler or the more progressive free jazz from the 60's era.  The rest of the album is not as compelling.  The loose structures don't provide direction or impetus for the musicians, and for the pedigree of the musicians here to have such a result is strange.  Overall the album is somber, ponderous, and suffocating.  There's a gravitas that undermines the purpose of playing the music.  To wade through the fifteen minute opus "Freedom Thirty-Five" requires a strong listening stamina, trudging through the repetitive bleats of the horns, progressing to a Dolphy-like bass clarinet solo then to a guitar, bass, and horns that interact but never seems to really add up to anything.

The sound quality of the recordings are variable, which is understandable, given the multiple recording dates.  But, as in the aforementioned track, certain musicians seem off mike, so when they play they sound like they are in the far end of the room.  Moments of clarity are brought down by moments of murkiness.  It really becomes a difficult listening experience.  To give the album title "Dolphy's Hat"  implies a tribute to Eric Dolphy, by playing his compositions or in the spirit of his music, but except for some brief moments, this is not the case. The album is meant to be heard as a document of different live performances of this group, but it comes across as unfocused and obscure.