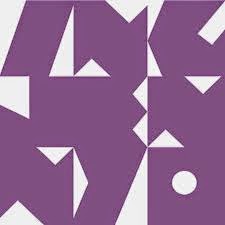 The Bureau Of Atomic Tourism, abbreviated B.O.A.T. is a kind of superband led by Belgian drummer Teun Verbruggen, with Andrew d'Angelo on alto sax and bass clarinet, Nate Wooley on trumpet, Jozef Dumoulin on Fender Rhodes, Marc Ducret on guitar and Jasper Stadhouders on bass.

The band's music is an eclectic mix of jazz, rock, avant-garde, noise and electronics, and vague influences from Miles Davis, Zappa and possible comparisons with bands like Hilmar Jensson's Tyft or Jim Black's Alasnoaxis ... but even then all references are wrong. The band has its own sound, with lots of structural complexities, raw, even abrasive moments contrasted with lyricism, highly energetic and nervous power alternating with calm beauty, and above all, a kind of natural joy of musicians whose instrumental skills get lots of room to expand and soar, with no holds barred, yet disciplined at the same time.

In contrast to the previous album, the material here is written by each of the band members. The opening track "Back To My Steel" was written by Wooley and is surprisingly accessible, calm and intense, gradually inviting the listener into the band's strange universe of sonic conflict, chaos and harmony, which also happens to be the sequence of the tune. "Canon", starts with Ducret's harsh and rockish guitar sounds which evolve into the interweaving of several musical threads which seem to go their own way - even beyond what you would expect from a canon - and with a rhythm that is impossible to follow, yet somehow it all fits, ending in d'Angelo playing a wonderful alto solo. "19" is written by Dumoulin, and is possibly the most harmonious of the pieces, despite its more open structure, allowing the musicians to expand freely.

The central piece is called "FTDOY", composed by Andrew d'Angelo, which starts quietly, with electric piano and unison horns, which get sucked up in a slow heavy metal-like pumping rhythm of guitar, bass and drums, full of dark energy and resolve, and from then on things start moving in various directions, some free, some fully orchestrated, with bizarre excursions and sudden bursts of unison themes, as easily disappearing as they arose.

We get two more tracks by Ducret, but describing them will not give you any clearer picture of what kind of music they're playing, so therefore I can only offer you the following youtube video which your humble servant taped with trembling hands at their concert earlier this year in Ghent, Belgium, with some minor personnel changes, playing Hilmar Jensson's Meg Nem Sa.


So what is this title about? Since this is the Belgian weekend, let me tell you that "Spinning Jenny" is a multi-spindle spinning frame, developed in the UK in the late 18th century, and the next version of it, was shipped to Belgium by the industrial spy Lieven Bauwens, who was convicted to the death penalty by the English court, but hailed as a hero by the Ghent authorities, and consecutively by Napoleon himself, under whose rule the Belgians lived then. Belgium's industrial revolution started because of this theft, and even if this created jobs, many of the laborers were exploited, so nothing much to be proud of, although his statue is still standing on the Lieven Bauwenssquare in Ghent.