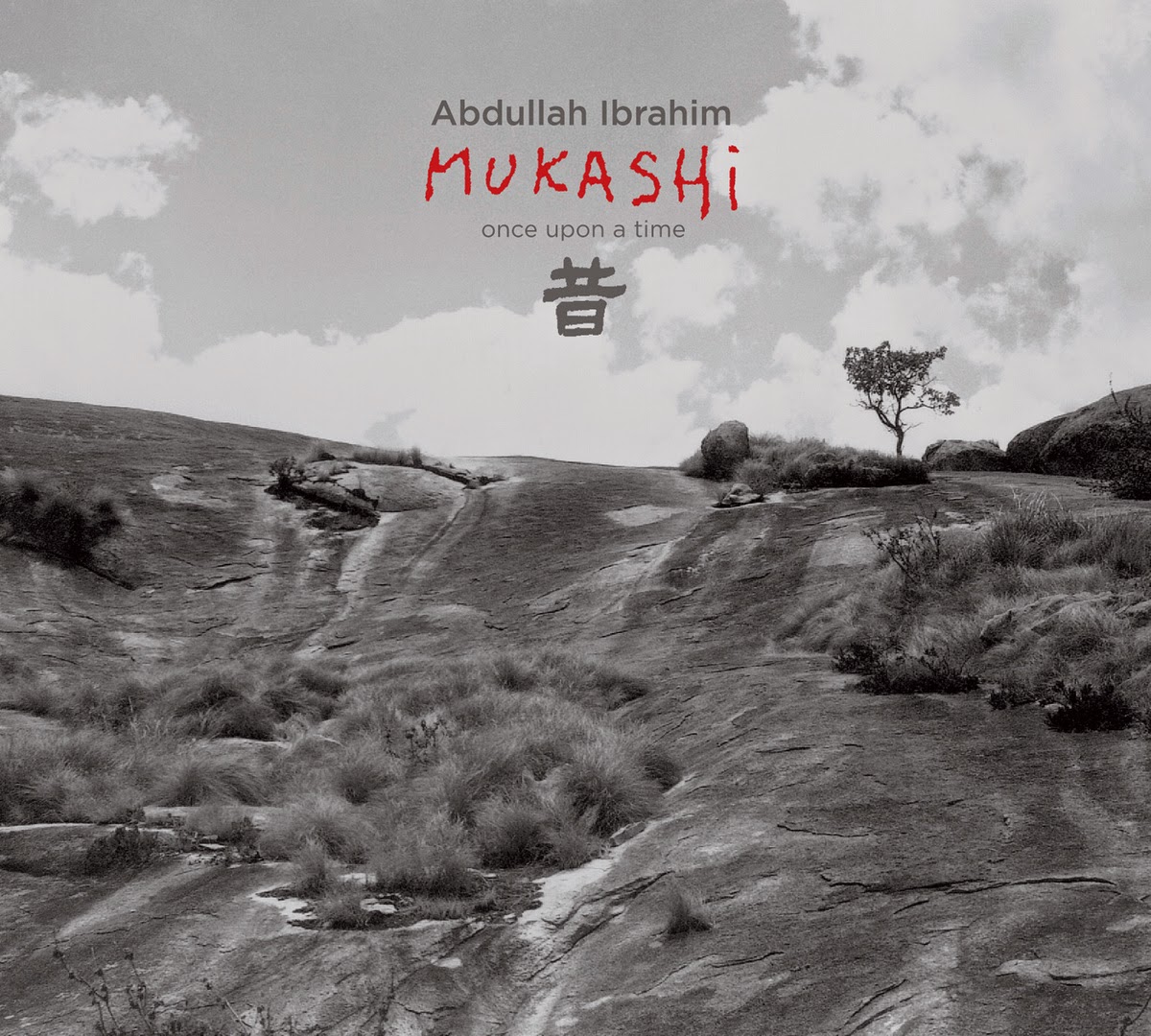 What can you say about Abdullah Ibrahim that hasn’t already been said one million times? A true jazz legend, one of those musicians with such a rich discography and many, uncountable collaborations with some of the world’s greatest jazz artists. Ibrahim’s music, often tied to the so called South African “Cape jazz” scene, has always evoked the sensibilities of his friend Thelonious Monk and mentor Duke Ellington while also carrying a note of African musicality and being fuelled by personal, at times harsh, life experiences. With all this in mind, a question arises nonetheless: After so many years making music, can an artist sound fresh and motivated?

What I am certain of is that Abdullah Ibrahim is still enjoying making and playing jazz. “Mukashi” (“Once Upon a Time” in Japanese) is a charming album and clearly a work born out of love. It is a relaxing, ethereal piece of music uninhibited by any preconceptions or expectations. It’s got nothing to do with free jazz, it’s devoid of any notable improvisations, and it would be a stretch to define it as even remotely adventurous. Perhaps, those are exactly the points that contribute to its appeal. The incredible simplicity and evocativeness of the sixteen tracks on the album feel natural and not at all forced. Strictly speaking, “Mukashi” falls into the category of what is usually called “chamber jazz”, but in reality it eschews categorization. As far as inspirations go, and beyond the aforementioned nods towards Monk and Ellington, there’s an easily identifiable thread of African rhythms and melodies as well as something that is most easily described as an eastern sense of calmness. The resulting fusion of all of these characteristics brings music that is quiet, full of air, but never dull.

There’s a beautiful sense of serenity expressed through spirituality and transcendence on “Mukashi” that bring visions of a wise, old man sitting on his porch during the evening of a stifling summer day, recollecting his memories about a long and fruitful life filled with stories. This atmosphere is highlighted by the soft and gentle piano, the articulate and colourful reeds (most often flute or clarinet), and the suggestive and romantic sounding strings. Even though solo piano tracks are to be expected (“The Stars Will Remember”), it’s a bit surprising to hear how often Ibrahim’s piano falls into the background, allowing the string instruments and woodwinds to lead the way (“Dream Time”). While songs like “Peace” are representative of the general mood of the album, it’s pieces like the “Krotoa” trilogy or the joyful and playful “Mississippi” and “The Balance” that provide a contrast and show an uplifting and dynamic side to the music. Another thing worth mentioning is that all the musicians, Cleave Guyton on saxophone, flute, and clarinet, and Eugen Bazijan and Scott Roller on cellos, along with Ibrahim himself create a close-knit sound that still lets each of them feel like an individual voice.

Age hasn’t hurt Abdullah Ibrahim. He has avoided the trap of delivering an album that would feel as a rehash of his older works or as a tired and shallow attempt of catering to his audience. Instead, “Mukashi” as a whole turns out to be a nostalgic and quite enjoyable album that, in the larger scope of things, will not move mountains, but is nevertheless a worthwile, sincere, and intimate record.

A true legend in every respect. A great album!'Cara Mia' and 'Peace' are my favourites, absolutely stunning.