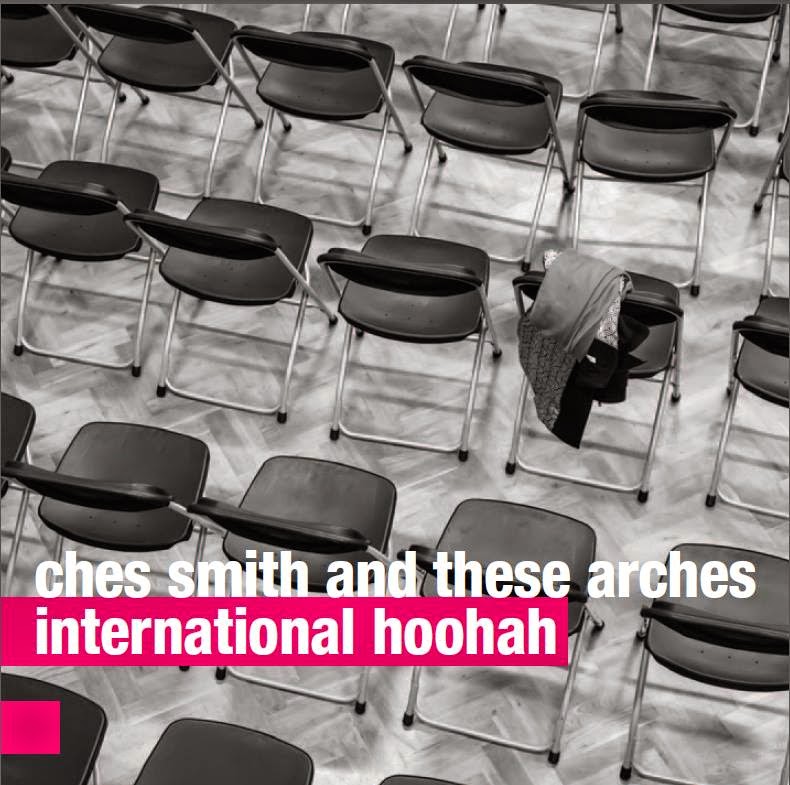 Ches Smith's These Arches has released a live recording of a 2012 appearance that is more than just a document of a great gig by his all-star These Arches group, it also contains new music specifically composed for the Warsaw show that comprises International Hoohah.

Recorded after the group’s debut Finally Out of My Hands (which was my very first review on this blog, so long ago), but before 2013’s fantastic ‘Hammered’, the songs already feel more fleshed out, like the ‘Finally Out of My Hands’ theme, which starts with the familiar elliptical melody from only to smash into a distorted wall of chord. Another highlight is ‘Anxiety Disorder’, a song that has shown up in several incarnations, but kicks off this recording with some bite.

The standout track amongst standout tracks is the title track, ‘International Hoohah', which begins with a somehow familiar syncopated figure that hinges on the interplay between Andrea Parkin's accordion and Smith’s drumming. As it builds in intensity, the energy of the track spirals outward spawning an exciting collection of driving solos. Then again, can you really expect not to be floored by the tandem sax work of Tim Berne and Tony Malaby, mixing it up with the musical prowess of Halvorson? In between these powerful moments, ‘One Long Minute’ harnesses a different type of energy, perhaps still charged by electricity of the preceding numbers, the group delves into an exploration of tones and textures.

International Hoohah is an excellent album, but most of all, this nicely recorded live date documents the group’s growth as an improvising unit, exploring both familiar melodies and introducing new material.

You can catch Ches Smith and These Arches on Oct 1st at the Stone in NYC during Smith’s residency week.