One hundred years ago, on May 22nd, 1914, Sun Ra came from Saturn to visit Planet Earth. In his youth in Birmingham/Alabama he already showed a considerable musical talent and played with local R’n’B groups and jazz bands. Around 1936 Ra had an epiphany and claimed that he had changed into something else and that he was taken to Saturn where aliens wanted to talk with him. They told him to communicate via music so that the world would listen. Ra was sure that he was able to get in contact with the universe via intergalactic music, a kind of music that he chose but which also chose him. According to him he was creating sound paintings of an alternative destiny, his music being about intergalactic thinking and travelling – he called it a prelude to the even bigger sound of space, a different order of things.

In her brilliant book “As Serious As Your Life” Valerie Wilmer said that “Sun Ra is a phenomenon even in a world where the unexpected is the norm (…) and the breath of his musical vision has no parallel in the big band field with the exception of Duke Ellington”.

Beside Ra’s emphasis on percussion in combination with chants of the musicians it was particularly his use of synthesizers and electronics which has had considerable effect on music (not only jazz, but also rock, funk and hiphop). Until today his compositions still offer an alternative vision of musical freedom and celebration, it’s a sound full of mystic allusions, ritualism, and Afro-futurism somewhere between new music á la Stockhausen and Cage, Fletcher Henderson, Duke Ellington’s Jungle Band and pure free jazz. Especially in the 1960s each of his records was an “an apocrypha, a vibrant cosmic map of unknown regions, lush solarised rainforests, cold domains of infinite darkness, astral storms, (...) solemn ceremony and wild celebrations“ (David Toop in Ocean of Sound). As to Ra progressive music was "keeping ahead of time, it’s supposed to stimulate people to think of themselves as modern freemen."

Ra’s philosophy was holistic, it didn’t concern only music but also the musicians’ personal attitude and their clothes. The Arkestra members were dressed in a mixture of glittering space suits and colorful African costumes, their concerts were offering a trip through space (“Next stop Jupiter!”; “East of the Sun”) which can be seen in the documentary “A Joyful Noise”. The performances had a huge impact on artists like Fela Kuti, Parliament/Funkadelic or The Roots.

The charismatic keyboarder, composer, poet and prophet (“When the world was in darkness/And darkness was ignorant/Along came Ra/The living myth”) passed on to other galaxies on May 30th, 1993, but he has also left a complete works of wonderful art behind. While his Arkestra has still been touring the world (led by his long term disciple Marshall Allen, who celebrated his 90th birthday lately) and although his music has been documented really well (Ra has constantly recorded rehearsals and live performances which he has released on his Saturn label) there are still older recordings to be discovered. This year Leo Records and Trost have published two albums with music from the 1980s and 90s. 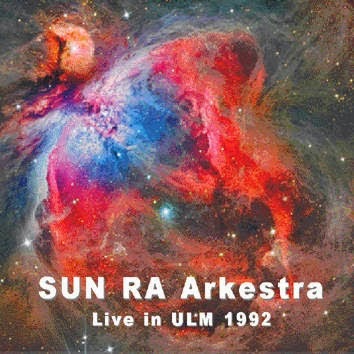 In December 1991 I saw the Sun Ra Arkestra at Tübingen’s Zentrum Zoo, a youth club rather notorious for its punk and rock gigs. It was an 80-km-drive from the place where I lived then and the weather was lousy (a mixture of rain and snow), so I decided to leave early in order to be there in time. Luckily, the roads were clear so I was on location much too early – time I used to have a closer look at the venue. To my surprise I realized that a man in a wheelchair was sitting on the stage as if someone had forgotten him: it was Sun Ra next to his keyboards, lowering his head - the former vigorous, energetic, proud and powerful man seemed to have shrunk to a picture of misery. An hour later the rest of the band entered the stage and I think it was Marshall Allen who pushed Ra in the correct position so that he could play. Almost out of the blue he was the boss of the band, as if he had left his body behind him.

Later I found out that Ra had suffered a stroke not long before but, typically him, he refused to allow the fire of vision inside him to be turned off. The 77-year-old Ra was able to tour again only three months later.

And although the music that night was rather straight compared to his visionary albums “Atlantis”, “Strange Strings”, “Cosmic Tones for Mental Therapy”, “The Magic City”, “Art Forms of Dimensions Tomorrow” or “Nothing Is …” from the 1960s, the whole performance (the costumes!, the dancing!, the singing!) was still absolutely “spectacular in terms of presenting a complete world view, so occult, so other” (as David Toop put it) that the audience literally freaked out.

“Live in Ulm 1992” was recorded shortly after I saw the Arkestra (I guess it was even the same tour) and assembles classics like Space Is The Place, Ankhnation, Shadow Worlds, Love in Outer Space, Fate In A Pleasant Mood and many others.

The band – consisting of long term members like Marshall Allen (saxes), James Jacson (reeds, flute and percussion), Michael Ray, Ahmed Abdullah (trumpets), Tyrone Hill (trombone) and newer ones like Jothan Callins (bass), Buster Smith (drums), Bruce Edwards (guitar), Elso Nascimento Dos Santos and Atakatune (percussion) – plays incredibly tight, as usual reminding of the Ellington Orchestra on a space trip (not only because they play a deconstructed version of Prelude To A Kiss). Marshall Allen is in top form here, moving from Johnny-Hodges-inspired lines to raging full-on free jazz outbursts (e.g. in Hocus Pocus). The same goes for Michael Ray and Ahmed Abdullah, their energy obviously being inspirational for the others. Ra's own contributions are a bit less energized than before (no wonder regarding his illness), but still he is the one to indicate the direction and to deliver concise angular solos as in the last encore The Forest of No Return.

Outstanding tracks on “Live in Ulm 1992” are the killer medley Space Is The Place/We Travel The Spaceways/Out Spaceways Incorporated with its relentless groove and breathtaking chants, James Jacson’s flute solo in front of a percussive wonderworld in The Mayan Temples, Bruce Edwards’ guitar in Fate in a Pleasant Mood (in general the guitar work is very prominent on the album), Tyrone Hill’s trombone in El is a Sound of Joy (including a A love Supreme allusion) and the sharp brass section in general.

“Live in Ulm 1992” is a great document of a marvelous band, unfortunately the audience is rather loud (I will never understand why people talk constantly while the band is playing – especially during quieter passages) and the sound is a bit poor and dull.