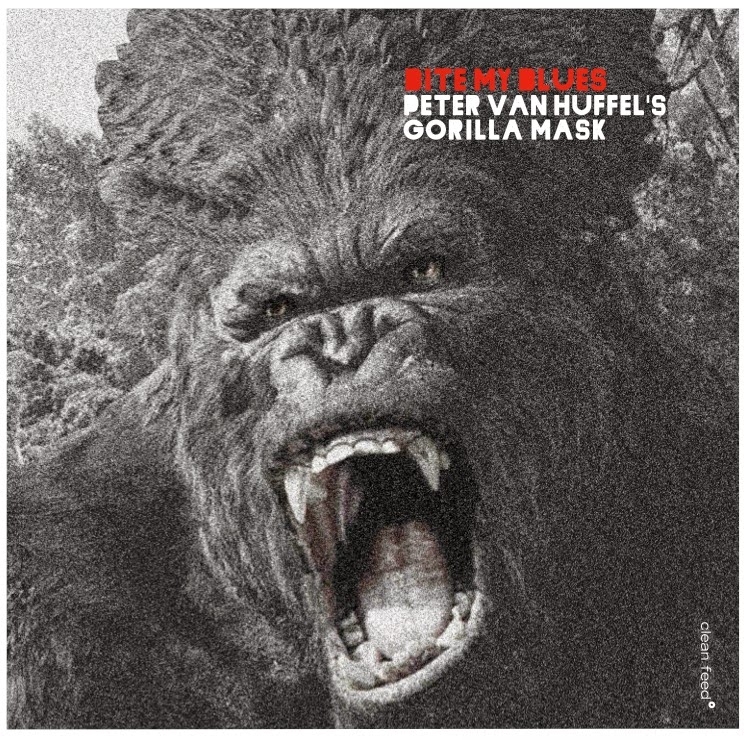 The second track, 'What?!' is a heart-stopping, hard-hitting, kind of feels-good-even-though-it-kind-of-hurts type of thrash-jazz-rock, which is all fine and good if you have stuck around after the first track 'Chained' peeled some skin off your face. It's Peter Van Huffel's Gorilla Mask - a heavy jazz trio from Berlin and their latest album, Bite My Blues, recorded mostly live, has been burning holes through my earbuds for a while now. It seems that each time I press play, powerful blasts of energy jolt me anew.

While Van Huffel's alto sax channels fiery from the gut playing most of the time, there is also a great deal of melodicism in his playing. Between the typically short and catchy heads, his fierce playing arcs with electricity. The track 'Fast and Furious' is a good example - a couple of minutes into the tune there is a pause and drop in volume that gives the track a chance to change gears from blistering to reflective only to quickly return to even more blistering.

Van Huffel's band mates are Roland Fidezius on bass and Rudi Fischerlehner on drums. Their accompaniment is an indispensable element to the album - the energy and forcefulness is kept in check by a mindful and subtle restraint that helps focus the lightning strikes. They have an extended interlude on 'Skunk' that showcases their rapport and a good display of their power can be seen in the track 'Z'. The track's stuttering rhythmic drive propels Van Huffel's slightly overblown lines further and further, while at the same time holding it all back just enough to make the release mid-way all the more satisfying.

My only complaint, if you can call it a complaint, is that this is a beast of an album, it's a thrill to take in all at once, but it may leave you a bit fried! Highly recommended.