Today we move on up to larger groups ... 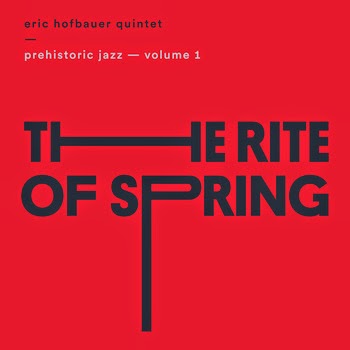 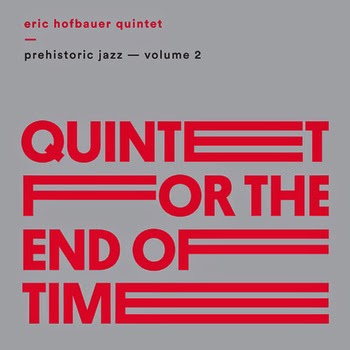 The music of Rite of Spring should need no introduction, as it is the cornerstone for all modern music.  Here, Hofbauer takes it and reduces it to a quintet setting, which does a couple of things.  The music is stripped to its essence; each musician playing the role of various groups within the orchestra, and it really reveals the astonishing complexity and genius of Stravinsky's composition.  It feels contemporary; while composed, the quintet makes it fell like a work that inhabits the modern free music environment.  I wish, though, that they were less polite in their interpretation and more aggressive, as this is a passionate and quite violent work.  Having said that, "Prehistoric Jazz: volume 1 - Stravinsky's Rite of Spring" is an enjoyable listen, and a worthy and unique addition to the vast catalogue of interpretations of this work.

On volume 2 the quintet takes on Messiaen's "Quartet for the End of Time," an equally difficult and powerful work written during World War II in a German concentration camp.  A sobering work, but very life affirming.  Hofbauer and his group have some gorgeous moments playing the piece, notable in particular Fujiwara and Brunel's solos.   The playing is very similar to volume 1, very evenly toned and mannered,  and in some ways it becomes an issue here.  Their approach is at times ponderous, as if they are working their way through certain parts as opposed to expressing the music.  It is a difficult work.  Of the two, volume 1 would be the one to get, but getting both volumes would be better to get a sense of the Hofbauer Quintet's achievements here.

It’s really a treat for me when I keep getting handed music by the Free Jazz Blog gang that I know nothing about beforehand yet blows my mind.  Guitarist Ken Aldcroft’s work with his Convergence Ensemble and Threads is completely original and invigorating.  “Tangent” by the Convergence Ensemble is a fitting tribute to sax/flute great Eric Dolphy.  Seven songs influenced by Mr. Dolphy’s career work, are broken up into sections and make for a strong hour of music sympathetically played by a crack group of musicians.  The interplay is fantastic, playful and beautifully arranged.  The recording is warm and full and great care was obviously taken.  Each player is given plenty of room to expound on the composed basic themes and even the improvised portions sound so tight you’d think they were worked out carefully beforehand (which I was assured by Mr. Aldcroft they weren’t).  After three listens through the entire record I still wasn’t bored.  Really great stuff and very inspiring.  Mr. Dolphy would be proud.

The title of the Threads (which is a quartet not a quintet) disc comes from a show Mr. Aldcroft saw in Guelph, Ontario on that date by Henry Threadgill’s Zooid Ensemble but was recorded by Threads in 2013.  The main concept, influenced by that performance by Threadgill and band, was to keep the pulse going throughout the songs.  Three songs; one an eighth note feel, one swing and the last Bossa Nova but instructions were to keep it moving forward which it surely does in splendid fashion.  Eschewing bass for synth on this recording and changing drummers versus the “Tangent” record creates more openness and space but no less excitement.  Mr. Aldcroft’s guitar is used in a more textural realm on “10/9/11” yet when he opens up it tickles the ear and triumphs without being overly showy.  His technique and restraint is admirable.  Ms. Ng returns from the “Tangent” disc and is a wonderful foil again, filling in between phrases beautifully.  There’s a lot of room here too and textures abound.  The songs are long, an hour of music total, but never seem so.  Excellent.  Get both of these records.  Highly, highly recommended. Tisziji Muñoz seems to have been quite busy lately with a number of archived recordings finding the light of day and being released this year.  This particular recording from 2002 features a quintet of Ravi Coltrane (Saxophone), Bernie Senensky (Piano), Don Pate (Bass), Rashied Ali (Drums) and Tisziji himself (Guitar).  The album opens with a slower but still really swinging version of God-Fire, which originally appeared on the fantastic album Breaking the Wheel of Life and Death!  Tisziji’s playing is as wonderful as ever and he moves between sustained languid melodic lines to blistering rapid sets of notes freely played.  As a thoughtful musician he also allows his fellow musicians to come to the fore, in particular Ravi Coltrane and Bernie Senensky who seem to fit very comfortably within the group sound, whilst Rashied Ali and Don Pate really are the engine of the band.  The pieces really open up all through the album and there is some fantastic improvisations to be heard throughout with the energy coming from the live in the studio approach.  This is another great album from this master of free jazz guitar. 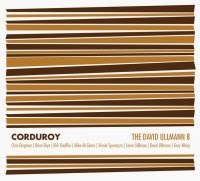 Guitarist David Ullmann's octet may not really fit into the milieu of free jazz - in fact Ullmann's inspiration isn't looking forward but rather back - at television theme music from the 1970s. I'm not much of a TV watcher, but I do hold a special place for the television shows and movies from the 70s - before the 80s came and crushed its soul. Ullmann's study and use of period tonalities and harmonies are starting points for the compositions. The group is: Kirk Knuffke (cornet), Brian Drye (trombone), Mike McGinnis (clarinet), Loren Stillman (saxophone), Chris Dingman (vibraphone), Gary Wang (bass) and Vinnie Sperrazza (drums).

Stand out tracks: 'Cordoroy' with its reflective and slightly wistful melody, and 'Ocelot' with it's cop show vibe.

Stefan,
If you prefer more agressive approach to Rites of Spring interpretation, check CD by Quartetski (free improv quintet from Montreal)- it might be just what you want. I vastly prefer Eric Hofbauer's between these two, both in instrumentation (trumpet & cello vs violin & viola da gamba by Quartetski; bass clarinet, guitar & drums on both) & overall approach.
And i still have to check Ethan Iverson Trio version of Rites.