Here on the FJB, we often cite free jazz pioneer clarinetist Jimmy Giuffre for his album "Free Fall", but a couple of years before his trio with guitarist Jim Hall spawned the hit "The Train and the River", which Giuffre described as "blues-based folk jazz"... 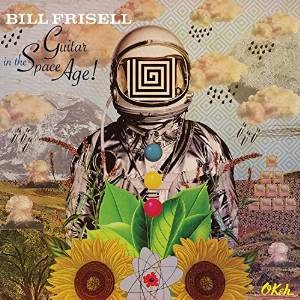 Bill Frisell is a man of many facets, he has played hardcore with John Zorn’s Naked City, pure jazz in his duo with Jim Hall and his trio with Ron Carter and Paul Motian or avant-garde rock with Power Tools. But in the last few years he has also focused on his version of the Great American Songbook, especially of folk, country&western and pop songs. Albums like East/West, Ghost Town, The Willies or the marvelous Good Dog, Happy Man present Frisell’s vision of compositions like “Shenandoah”, “I’m so lonesome I could cry”, “John Hardy was a Desperate Little Man” or “A Hard Rain’s Gonna Fall”.

Frisell has been criticized by his jazz fans for playing less complex music like this, but in an interview he said: “As I get older, I’m becoming more and more comfortable with the idea of playing something that was a part of my life. Some naive melody or childhood memory that I once would have thought wasn’t complicated enough.” On his new album he has chosen harmonically “simple” songs like The Byrds’ “Turn Turn Turn”, The Chantays’ “Pipeline”, The Beach Boys’ “Surfer Girl” or Duane Eddy’s “Rebel Rouser”. And Frisell is very close to the originals, he is not interested in deconstructing them, instead he explores the sublimity of them by breathing the spirits of the songs – he builds a temple for them. His band – Greg Leisz on pedal and lap steel guitar, Kenny Wollesen on drums and Tony Scherr on bass – is outstanding, especially Leisz, maybe the world’s best pedal steel guitarist, is an equal soloist here, which makes the album a feast for guitar fans. Guitar in the Space Age is on par with Good Dog, Happy Man, it’s a Frisell essential and a great trip down memory lane. 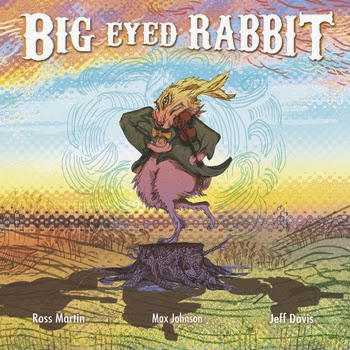 How viable is bluegrass as a basis for free improvization? The music itself is largely improvisational, though rooted in chord changes and certain traditions. So what if you strip out traditions, pull back the changes, and let the other elements of the music remain -the rhythms, the melodic language, the open feel? That’s what the trio of Big Eyed Rabbit have done to great effect on their eponymous release.

The group is Ross Martin on electric guitar, Max Johnson on bass and Jeff Davis on drums. Though their feet are firmly planted in the New York jazz scene, Martin’s bluegrass influenced guitar playing references the Americana stylings of Frisell, bluegrass virtuoso work of Tony Rice, and even some Wes Montgomery for good measure. The tracks on the album include some bluegrass standards - ‘Cluck Old Hen’ and ‘Brown Country Breakdown’, which are both stand out tracks, hewing both close to bluegrass and letting themselves stretch out in ways most likely never imagined by Bill Monroe. The original tracks, like ‘One of my Happiness’ and ‘Mr. Sherbert’ have their own connections to the style and demonstrate the group’s originality extends far beyond interpretation. 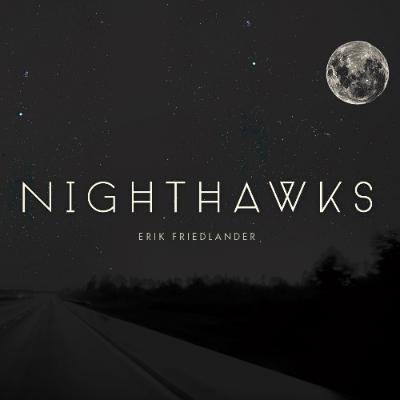 In October 2012 there was a massive blackout which struck New York City. Cellist Erik Friedlander was inspired by the quiet and solitude that lay over the usually busy and loud city like a pall. In the end Friedlander wrote ten new compositions for his band with guitarist  Doug Wamble, bassist Trevor Dunn and drummer Michael Sarin which are rooted in rock, blues, folk and C&W but which are also deeply tinged in an urban somberness and melancholia – the result is a perfect soundtrack for a walk through a dark and deserted Manhattan.

Musically it’s the clash between Friedlander’s classical approach and Wamble’s slide guitar that makes the difference on Nighhawks. There is a also lot of excellent musicianship, but it’s the marvelous melodic compositions that stand out, mainly on ballads like the folky “Hopper's Blue House”, reminding of Bill Frisell’s Americana albums with its cello arpeggios juxtaposed to a delicately and lightly sketched slide guitar tune, or “Nostalgia Blindside”, a perfect companion for the hours around 4.a.m. when you are tangled up in blue.  The highlight of the album is the title track – the longest and slowest ballad – which is dominated by unison playing of cello and guitar, elegant guitar flageolets, open, reverberating, lush guitar chords and a heartbreaking pizzicato solo by Friedlander.

There might be another reason why the album is so nostalgic since Friedlander’s wife had died less than a year before. However  many of the tunes breathe optimism and joie de vivre like the opener “Sneaky Pete” or the midtempo blues-rock number “26 Gasoline Stations”.

A very fine and accessible album.

Really enjoyed having another guitar week.

Thanks everyone at FJB