Lehman vs Lazro & Léandre - A clash of two visions of music? 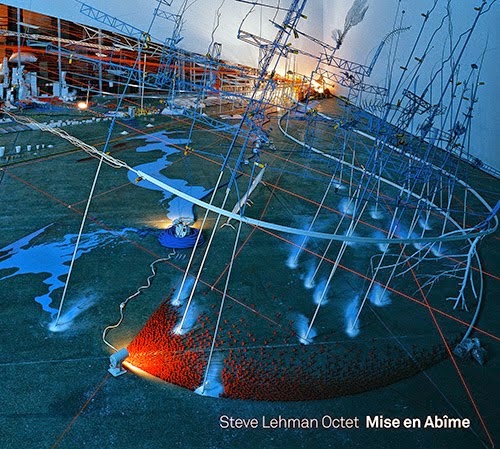 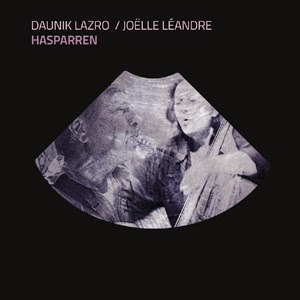 I would like to have this discussion, and hear other opinions. The fact that Steve Lehman's "Mise en Abîme" is so highly rated in many end-of-year lists, including on this blog, but not only here, also on NPR and some other specialised jazz publications ranked the album in the number one spot, is a little surprising to me.

Lehman's album is good, without question. But only that. His concept is clear, the execution fabulous. On his "Travail, Transformation & Flow" of 2009, I wrote the following : "The overall complexity seems to have a suffocating effect on the liberating sounds that I would expect from jazz improvisation, here pushing the musicians to the kind of concentrated thinking that kills emotional delivery. There is, as a consequence, insufficient fluency, nor lyricism", and I could say the same about "Mise en Abîme". It sounds harsh, but it isn't. You cannot but admire the compositional complexity, including the shifting rhythms, the tight arrangements and the post production. You cannot but admire the great performance of all musicians, and of Tyshawn Sorey in particular. But then what? Art is more than skillfully organised sound. Art is more than perfect delivery.

Then listen to Daunik Lazro's and Joëlle Léandre's "Hasparren", which is almost the mirror image of "Mise en Abîme". And I chose this album because it came on my number one rank as album of the year. On this album, you have two musicians who improvise without any plan at all. Their sounds could go in any direction. Yet they don't. They interact freely, but in a focused way. They make you hear things behind the music. They offer authenticity of voice, depth of emotion, moving the listener from contemplative moments to instants of great agitation and nervousness, and you are even shaken at times, obliged to listen to things you may have wanted to avoid, but here you have no choice. You're in it. And you're part of it. You have no choice. It's gripping. It's true music.

Lehman keeps the listener at a distance. There is no other way. You are forced to watch the proceedings with your cognitive capabilities. It is cerebral music. You are stunned and perplexed by the complexity and the cleverness of what you hear. You are forced into admiration by the skills and you are forced reflect on it, all the time. Lehman seems to say: 'look at me, look at what we're doing'. The listener is kept at bay. He has no role to play.

Lazro and Léandre invite you in. There is also no other way, apart from turning of the music. There is only one way you can listen to this music, that is emotionally. How they do things is irrelevant. It's how it touches you, how it sounds. The purity of it. Because they have stripped the music of all irrelevancy. Done away with meter, with themes and structure and such. Done away with everything that could impede on the freedom of their authentic expression, unadultered and raw and pure and sensitive. The difficulty of that is beyond comparison. This can only be done by the most talented musicians. You have to be your instrument, so to speak, or your instrument becomes you. And then you dialogue, then you interact, challenge, reinforce, change and go deeper. And if this is done well, it resonates with the listener, at a depth that is beyond the music, that is beyond words. Call it an aesthetic experience, call it magic or even mystical, but it is in any case not cognitive. Your brain and your knowledge and your cognitive appreciation have nothing to do with it. Nothing.

Lehman puts music back into a straight-jacket, stifling and suffocating. Lazro and Léandre make it breathe, give it freedom, liberate the listener.

Don't misunderstand me. Lehman does a great thing : he is looking for new form. He is trying out new things. And that by itself deserves applause. He is not afraid to venture into new spaces. Yet he stays within the idiom of the jazz of the fifties (and in this case deliberately). The jazz that Ornette Coleman and Albert Ayler and John Coltrane wanted to move away from. Their aspiration was to get music out of the confines of form, and entertainment, and set it free, expansive, majestic and spiritually ... and turn it into true art, as do Lazro & Léandre.


I welcome anybody with the opposing view to send in a reaction, and we will publish it too. You can send it to freejazzblog@live.be.