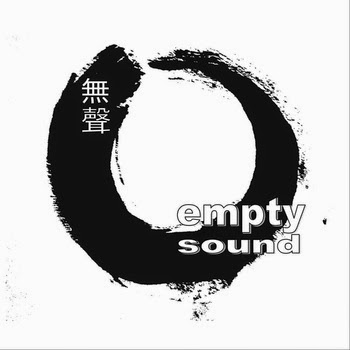 Put aside whatever you are listening to and hear this album.

The Empty Sound, hailing from Raleigh, North Carolina, are Brother "TJ" Goode (drums and percussion), Christopher "X" Thurston (double bass), and Steve Cowles (sax and flute).  "Case Study 1," is a brilliant and and creatively assured debut album.  It consists of six tracks, all called Koan, a Japanese (derived from the Chinese) word that means, in practicing the art of Zen, it is a question, statement, or conversation that is meant to challenge the student's progress by creating doubt.

The entire album is Zen like, recalling the more atmospheric and challenging west coast jazz from the 1950's (Chico Hamilton, Jimmy Giuffre), combined with modern free improvisational sensibilities.  The playing is breezy, deceptively effortless, nuanced and fun, as evidenced on the first two tracks, with Cowles out front, a Sonny Rollins like tone that is straight forward and commanding at times, others playful and effervescent.  Thurston and Goode are equally good as rhythm section and equal partners in the band's sound.  "Koan 4" features Goode with a long drum solo that plays off of the negative space of silence to create an atmospheric rumble. "Koan 5" is trance like, Thurston stringing the bass with soft, atonal notes, and Cowles responding, ballad like but more searching than dreamy, soft wails then strong, all the while Goods providing punctuation at key points during the thirteen minute track. The final track has the most Zen like feel, with Cowles switching to flute, and playing with Thurston, engage in a fourteen minute opus that fold and unfolds into different patterns and sounds, never losing interest or momentum.

Case Study 1 is rich, rewarding album that needs to be heard by a wider audience, and not just the free improv scene.