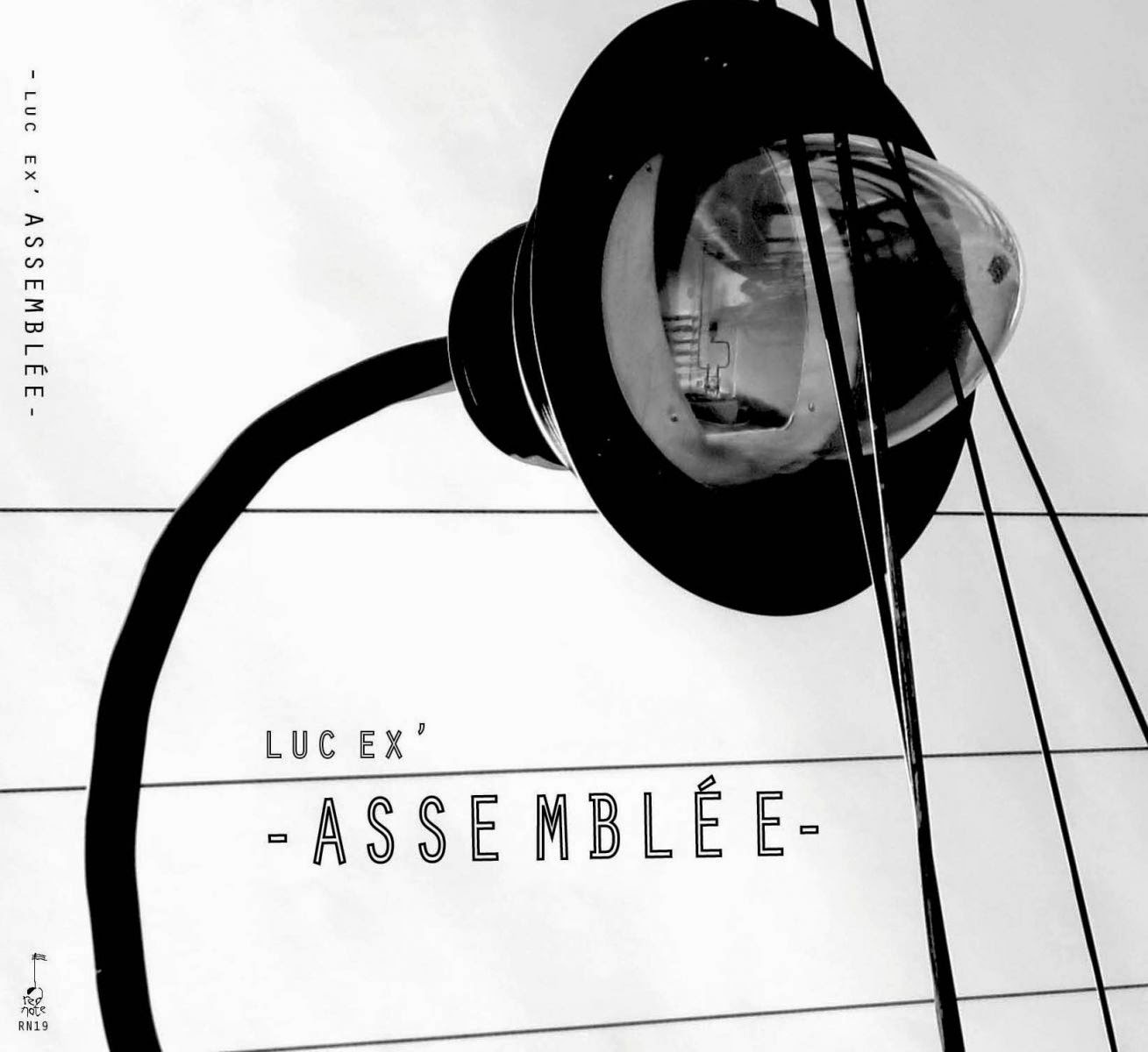 It's tempting to compare this new project of Luc Ex’ with the improv quartet his former band-mates Andy Moor and Terrie Ex have launched under the Lean Left moniker. Not only do both projects (obviously) share ties to the long-running Dutch post-punk group The Ex, but both also feature some of the finest musicians the free jazz/improv world has to offer at the moment. In Lean Left, it’s Ken Vandermark and Paal Nilssen-Love who hold their own against the two guitarists. Here, Luc Ex has assembled a stellar international cast of improvisers to appear alongside himself: Hamid Drake mans the drums to provide the rhythmic foundation alongside Luc Ex’ acoustic bass, while Ab Baars and Ingrid Laubrock let their tenor saxes soar above those often somewhat funky underpinnings.

However, as soon as you put on the group’s debut record, you’ll realize that there’s probably more difference than overlap between the two bands. Whereas Lean Left is dominated by two fierce and fearsome electric guitars, and by Vandermark’s and Nilssen-Love’s no less intense playing, the Luc Ex’ Assemblée is a purely acoustic affair that turns out to be comparatively laid-back; The focus here is on carefully constructed songs (all furnished by Luc Ex), not on unhinged improvisation. L’assemblage, the first track, serves as a statement of intent in this regard, with the two saxophones confined to stuttering staccato phrases, as though they’re holding back. Only towards the end of the track do they throw caution to the wind to provide some intricately intertwining lines, finally “hugging” each other greedily. This sense of careful development is also what makes the album’s highlights so appealing. On 'Zajj siht is', Baars and Laubrock again make some sweeping and dramatic statements, occasionally punctuated by more abrasive blowing and supported by snappy punk-funk rhythms. 'Primates Travel' by Train is somewhat similar in design, but a bit longer and more complex. It starts out with rather more abstract sax blowing, sometimes resembling the primates its title alludes to – and eventually giving way to a train-like chugging of the bass, on top of which Baars and Laubrock once again interact beautifully and melodically.

Those tracks certainly benefit from their short running time, feeling like well-developed musical statements while still being succinct and to-the-point. Elsewhere, though, the focus on short songs becomes a bit of a burden, and one wished that the more ballad-like cuts such as 'Unexpected Death of a Fortune-Teller' or 'When the Demiurg…' had been granted the time to fully unfurl, as they end before bringing their premises to a satisfying conclusion. Still, this is a worthwhile debut which – at its best – marries the punkish immediacy of The Ex to some rather impressive (avant-)jazz playing.