Piano, bass and drums. I had planned a review of all the albums we received last year with this line-up, but then it grew into such a long list, with more than twenty albums, all of varying quality and approach, and many probably too similar, that I started to get confused about what was on which album by which artist. The long review died a silent death.

But here are two must-haves. Why? Because the quality of the playing is superb, as is the instrumental mastership and creative inventiveness of the musicians. Two trios with the most fascinating pianists, bass players and drummers of the moment. Both albums are a real treat. 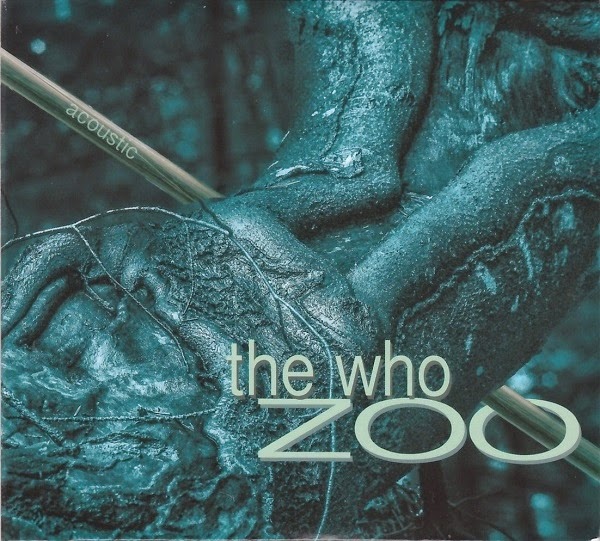 This is only the sixth album in fifteen years of this fantastic trio consisting of Michel Wintsch on piano, Gerry Hemingway on drums, and Bänz Oester on bass, and we get a special present this time, with two CDs, making up for the fact that their previous album was only released in 2010, and the one before in 2004. In any case, we've been fans from the start, and they don't dissapoint us here, quite to the contrary.

The first CD is called "Acoustic" and is as we might expect, entirely acoustic, the second CD is called "Electric", and offers three longer pieces on which Wintsch also uses his synthesizer, although not all the time.

The acoustic album is my favorite. On the long "Raccitus" you could even think you're already listening to electronics, but we can only trust all the sounds are generated acoustically, again a fabulous example of how with a traditional piano trio things unheard can be created, music that captivates, that is compelling, a kind of musical page-turner where you want to know what happens next, because it will be surprising and unexpected. Even in the more accessible "Rembellarun" with its beautiful theme, the music gets elevated to an eery and yearning strangeness by Oester's weeping bass. "Sloeperr" is more percussive and angular, full of creative twists and sounds and rhythms.

I will not even try to describe the rest of the first CD, which is fairly accessible without being mainstream, never losing its intensity and incredible focus and coherence.

The electric album is also my favorite. It starts with a fun piece, with lots of quirkiness and playfulness, strong doses of surprise, and even little jokes. But then as we proceed, the music becomes darker with the long second track, called "Lamp Bowl", which starts with quiet restlessness and agitation, picking up intensity and percussive power, only to turn completely gloomy and psychedelic on "Kettle Opener", going far beyond jazz, with weird synth sounds over a mesmerising backdrop of power rhythms and nervous bass, with varying moods of quiet desperation but intense with small sounds from bowed bass, plucked strings and soft percussion building an atmosphere of agony and anticipated doom.

The whole album draws you across a broad spectrum of musical ideas, subgenres, stylistic traditions and innovations, calmly yet decisively leading the listener to its formidable climax.

An absolute joy of an album. 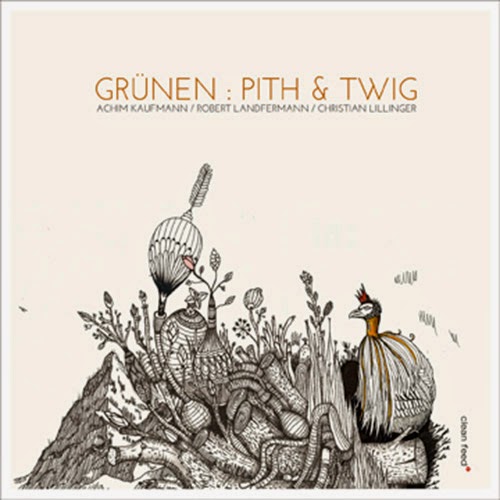 Their debut album of 2010 has turned into the name of the trio consisting of Achim Kaufmann on piano, Robert Landfermann on bass and Christian Lillinger on drums. Their sophomore release delivers the promise of the first one, and we can only be sad that it took four years to hear them again on record.

Some tracks are very short, built around composed ideas, quite inventive, and full of open and unexpected interactions, others are longer, such as the albums centerpiece, "Foliage Misconstrued", which is a nervous, angular, intense seventeen minute workout, with all three instruments giving their best in a complex dynamic that is both physical and lyrical, full of contradictions and inherent tension that suddenly turns into a slow eery soundscape, full of dark rumblings and distant scraping.

On "Chitin", the extended techniques reign to create an ominous atmosphere of fragility and vulnerability, hesitating to see how far sounds can be stretched before they burst. "Mobiliar" brings us a percussion-heavy almost boppish intro that shapeshifts into a calmer, refreshing, middle section, then shapeshifting again into an open improvisation with percussive hits on drums and piano creating a context for Landfermann's bass to demonstrate sonic pecularities.

The music leads you in many directions, of nervous agitation, playful boppish treats, calm precision and avant-garde explorations into the nature of sonic interaction, and most often all in the same track.

Again, three outstanding musicians who bring us some of the best piano bass drums music around.

Don't miss either of these albums. The next equally strong album piano trio we can look forward to is Roil with Raft Of The Meadows, but that trio will be reviewed by a colleague.

This is an incredible record - absolut a MUST HAVE.