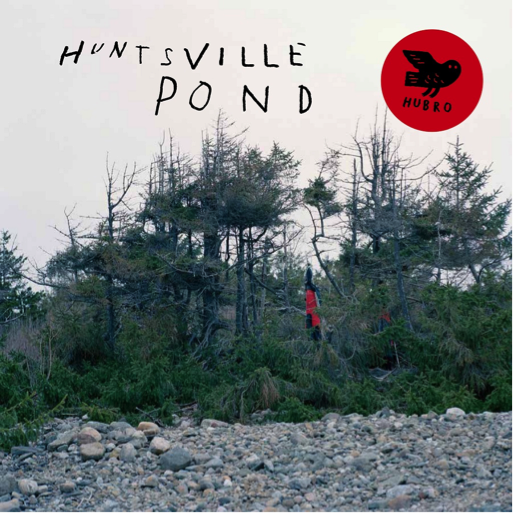 I used to think that Huntsville’s flair would have soon faded. The first effort as a group of these three Norwegian musicians (Ivar Grydeland on guitars, Ingar Zach on percussion, Tony Kluften on double bass and the three of them on many other instruments) back in 2006 on Rune Grammofon - For The Middle Class – was, in my opinion, a very convincing work. Then, since their sophomore adventure, dated 2008 and again on Rune Grammofon - and despite the insertion of Wilco’s Nels Cline and Glenn Kotche and maybe because of its unjustified length - seemed less inspired and coherent. The following two chapters later released on Hubro Music – another noteworthy Norwegian label in any case - in 2011 and 2013 followed suit. No need to say that this has been just my personal reaction to their musical course.

But something truly reconnects on Pond. Starting from Kluften’s aseptic and metallically echoing bass lines in the first track, sounding as a consciously pinned and undeployed Joy Division’s theme, the stage is set for the persistent drum undergrowth from Zach and the mounting punctuation of Grydeland, at first clattering, then gradually more melodic and enveloping. The trio finds the right formula as they shift between registers, with the bass voice setting the mood and opening up channels for the two other elements to fill. The development of the entire work is really fluid and it creates the sensation of an electronic-conceived album played instrumentally. Nevertheless I felt, while listening to some passages, that I was being thrown into a Western movie scenario, and was relieved when later I noticed the definition of “Morricone-esque dreamscapes” in the label release notes (am I so intuitive or so ordinary?).

Just out of curiosity ... it seems that hardly any musician in Norway records anymore outside Tomba Emmanuelle, a place known for its amazing sonic virtues. So I wonder, what if Martin Hannett would have had access to it?

A worthwhile advancement in the discography of this trio.

From the label itself you can listen, buy, download and stream.

I'm not sure how Joy Division would have taken to Norway.

Thanks Paolo, nice review. I also find that Hubro Music's catalogue has some excellent music on it. I'll be checking this one out for sure.

The Hubro soundcloud excerpt made me think of Can, if I can make any comparisons.

I think Ian Curtis could have benefited from a snowy landscape...
In any case few years later they had there the really "joy-divioseneque" Fra Lippo Lippi...and I find funny that their bass player was Rune Kristoffersen, the founder of Rune Grammofon.

It's true Joesh, the more I listen to this album, the more krautrock elements I discover

Fra Lippo Lippi? I was sure I saw some of his paintings in Florence :-)

I assume their name comes from him Colin, and I also assume that in Norway it looked exotic as a name for a band, because in Italian it really sounds as some kind of babbling...

Actually, Peter Hook's bass playing was quite innovative, mainly because no one told him how it should be played, and it was the only way to be heard over the rest of the band.

Peter Hook's bass playing is nice, its just the band sound that makes me remember why I hate english rock.

That's an awful lot of rock to hate.