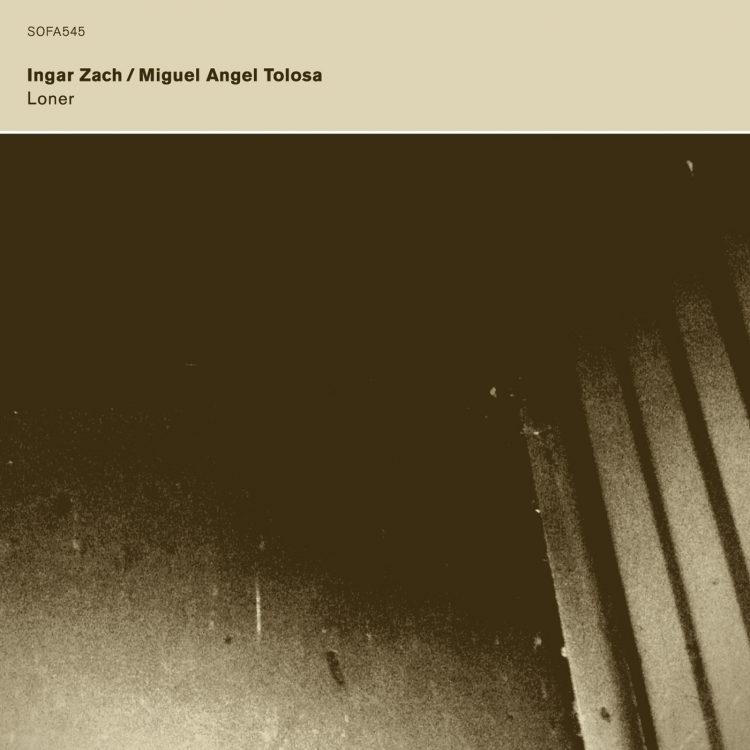 I have always considered Ingar Zach as a synesthetic musician. Last time I had the chance to attend one of his performance (the paraphrase is an attempt to avoid any sensory verb not to spoil my foreword), he was supporting Arve Henriksen, standing behind an impressively amplified timpani that he mainly used as a working table, placing, pouring, maneuvering and picking up any kind of trinkets of different size and type. I remember I have clearly heard the swish given by the presence of his hands and his body around the microphones. No sound seemed to be casual. My aural responsiveness and the following decoding process went through the observation of the physical gesture even earlier than via the real perception of the incoming sound itself. I wasn't listening to music, I was watching it. In advance of his becoming sound from movement, and involving also an enhanced reaction of surprise when the output I might have imagined from the gesture revealed itself as significantly divergent from my expectations.

On record the four intense chapters of this work preserve, at least for me, this same keynote. The faint clatters and the dampened thumping that Zach assembles are swallowed by the guitar waves of Tolosa. The duo seems to find a perfect balance between the electronic elements and the acoustic insertions in "Whirlworlds", where the percussive landscape stretches from growing rolling to feeble bells while Tolosa slowly loads a vortex with classical assonance that finally flows in a monumental waterfall of sound. Even in the most silent and uncovered passages the interaction between the two musicians is fully developed, as in the final part of "Dormont" when Tolosa fills with imperceptible and gentle whirrs the fragmented interstices left by the far brushing and scraping of Zach. The closing "Astoneaged" acts as condensed encore of all the visions and paths explored in this well blended construction.

The difference between a live performance and a recording is in this case that, deprived of vision about the sounds creation, I somehow inverted the process in the effort to rebuild the physical origins of what I was hearing. The result has been that the less I could recognize, the more I could imagine to have heard. This is far from being a reduction of the musicians' role, while it has more to do with the attention and the cooperation requested to every interested and attentive listener.

The album is available directly from the label
Paul on Wednesday, April 01, 2015
Share

When I saw Zach with Henriksen last year he was doing exactly the same thing you described, Paolo. Unfortunately, the people were not really listening, they were rather busy having their dinner (they played at Bix in Stuttgart, a horrible location). Zach is a musician who has put the use of extended techniques to a new level, he stands on the shoulders of giants like Paul Lytton and Paul Lovens.
I have missed these wonderful reviews of yours for a long time, Paolo. Glad that you are back on the team.

Thanks Martin! You know I'm glad too. Really.