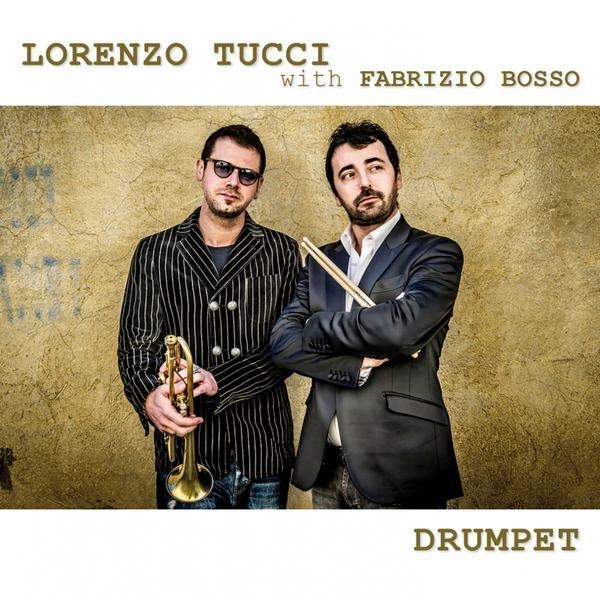 An album called "Drumpet" says it all : this an album with duets by a drummer and a trumpet-player. The lead role here is for drummer Lorenzo Tucci with Fabrizio Bosso on trumpet joining on most of the tracks though not on all.

Like the title's cheap pun, the music suffers a little bit from the same lack of vision on music, but focuses rather on the instrumental prowess. The album is an exercise in style and rhythms, with lots of variation, including mutes, electronic effects and such like, but also musically you get an almost traditional Italian hymn with "Lu Piante De Le Fojje", a version of Coltrane's "Impression", melancholoy stuff with "Kenzia", or wilder outbursts with "Dubai".

In short, a goody-bag with lots of different flavours and tastes, well performed but lacking in substance.