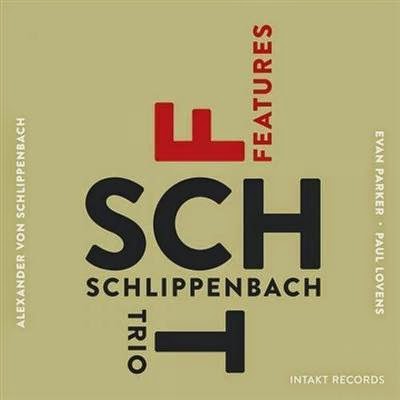 The fact that the Schlippenbach Trio (Alexander von Schlippenbach on piano, Evan Parker on saxes and Paul Lovens on drums) has released a new album on the Swiss label Intakt just now is very delicate since Trost Records has just recently put out their first recordings from 1972 (read the review here). However, this gives listeners the possibility to gain insight in the musical universe of free jazz’s longest existing band (they have been playing together regularly for almost 45 years now).

Of course they do not sound like they did in their beginnings - and there are many reasons for this. In an interview he gave for a documentary on the trio Evan Parker was talking about one of them, something he calls bio-feedback. Parker says:


“the act of producing sound through the saxophone requires a certain physical relationship with the instrument. So this physical state becomes connected with that sound. The change of physical state produces a change of the sound. The change of the sound enters the awareness, the consciousness and there’s a correlation between the alteration in the sound and the alteration in the physical perimeters that produce the sound, the pressure of the breath, the specific relationship of the fingers to the instrument. One thing guides the other.”

Naturally, this also counts for the piano and the drums, which is why they cannot play as if they were still in their twenties nowadays, their physical abilities have changed, they are not as furious and boisterous as they were as young men. On the other hand this does by far not mean that they have nothing to say.

What they have to offer their audience instead today is a fully evolved set/arsenal of notes and sounds, of rhythmic forms, which have been continually developed over the years in an improvisational process. But for the musicians there is also the danger of repeating yourself, of becoming your own cliché, that everything becomes ritualized. On the other hand the fact that you cannot avoid certain rituals after playing together for so many years also “produces a tension, a climate of focus, of concentration, between us, that we wouldn’t arrive at if we didn’t have that ritualized expectation,” as Parker put it.

Features, a programmatic title for this album,is a collection of 15 serially numbered sketches, presenting all the features which are characteristic for the sound this outstanding trio has created – the Monk allusions (Feature 1, 6 and 8), their jazz impetus (Schlippenbach clearly distinguishes free jazz from improvised music), the aspects of new classical music (Feature 3 and 7), Parker’s circular breathing (Feature 3), his ability to listen and to step on board at the right moment, Schlippenbach’s banging, his clusters and his heavy 12-tone-chords (Feature 5), the bumpy twists and turns (Feature 10), Lovens’ extended techniques, his unique drum sound in general.

But there are also surprising elements: Parker seems to have discovered his love for melodies on this album, the meditative approach is mainly due to his playing. More than ever Features is a submersion in sound, especially in silence, maybe due to the fact that the album was recorded in a studio. And, as Bert Noglik, the author of the excellent lines notes, puts it: “The band has developed a quality which emerges spontaneously but arises not least thanks to the years of accumulated experience; nothing is stated, noted, planned in advance; the studio atmosphere makes things transparent, things that are obscured in the hectic live atmosphere are brought to the surface here.”

Features is available on CD and you can buy it from the label http://intaktrec.ch/ or from www.instantjazz.com.

You can watch a complete set of the trio at Jazzgalerie Nickelsdorf from the same year the recording was made here: