David Sylvian: “there’s a light that enters houses with no other house in sight” (SamadhiSound, 2014) ***** 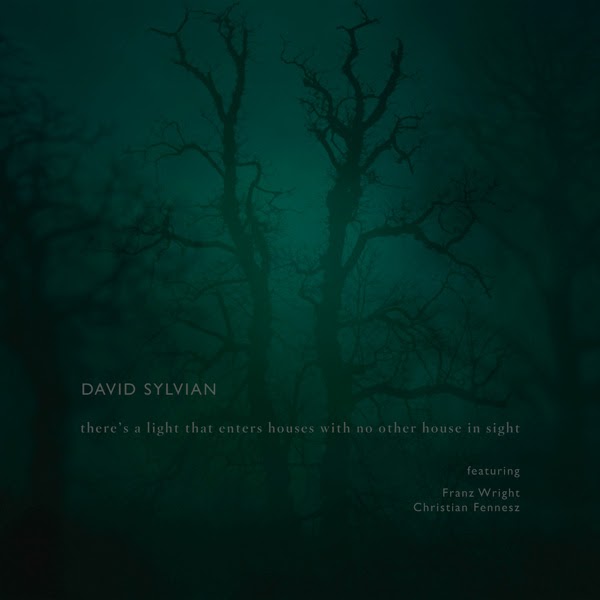 The rise and development of noise, electro acoustic sound research, acousmatic composition and minimal music all seem to be coming together in the past few years. The number of serious artists that are investigating the genre has begun to not only expand but also have some popular success. Of course artists like Eno (and his ambient friends), Cluster, Popol Vuh or even Pan(a)sonic have been investigating the various possibilities of noise and minimalism for years. However, more recently we've seen Supersilent (& Co), Christian Fennesz, the Punkt crowd (Jan Bang and Erik Honoré) and more recently Ben Frost, to name just a few, have all made noise more fashionable.

David Sylvian is certainly no newcomer to this scene. His interests date well back to his work within the group 'Japan' and their interesting, and at the time 'individual', take on pop music. With his liberation as a solo artist it became clear that he was interested by a wide range of sonic possibilities, his early albums (Brilliant Trees, Gone to Earth and Secrets of the Beehive) mixed jazz, prog-rock and minimalism. With the arrival of Blemish in 2003, it was clear that Sylvian was making yet another change in direction, working with more experimental musicians such as Toshimaru Nakamura and Derek Bailey. In more recent years he has used his singing-voice almost like a poetic 'bard', incorporating a sort of spoken word quality.

His latest release there’s a light that enters houses with no other house in sight David Sylvian has continued with the idea of the spoken word. Using the American poet Franz Wright, who recites passages from his works (*), combined with sonic backgrounds provided by David Sylvian, guitarist (and sound manipulator) Christian Fennesz and pianist John Tilbury. The effect is quite literally stunning. The combination of ideas and musical resources used spans a large gamut of styles. The basic musical thread running through the 60 minute composition is built from minimalistic soundscapes, these include interludes of piano and guitar in various combinations, and from time to time a string ensemble, brass and percussion (**). The range of musical ideas (or effects) covers a lot of ground from horror movie ambiances to a wonderful string quartet in the closing moments of the piece.

It's impossible to discuss individual sections in this one hour composition as the poetry and music just flow from one idea to the next. The effect of the voice reciting poems, used as a thread, give this album a hypnotic feel, almost as if you are in a dreamlike state. Adding to that Franz Wright's gruff voice - a true master-stroke - you find yourself completely immersed in the piece, unaware of the time passing. The final words (which I'll leave you to discover) of the piece make for a profound ending to this excellent album.

An album that would definitely have been in my top ten of 2014, if I'd heard it earlier! Very highly recommended.

* If I understand correctly much of the poetry comes from Franz Wright's Kindertotenwald, published in 2011.
** Unfortunately we didn't receive any information other than the sound file, so the instrumentation is a little unclear, especially since much of it is electronically manipulated.

Postscript: It's interesting to remember that David Sylvian has also recorded and produced releases by players Derek Bailey, Toshimaru Nakamura and more recently Stephan Mathieu. I should add the SamadhiSound website is very badly organised and it is often difficult to find past releases on the pages.