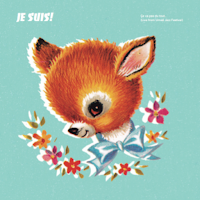 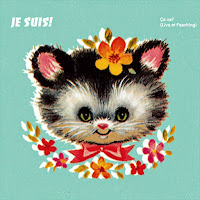 
The Swedish sextet Je Suis!'s output so far is quite scarce in comparison to the brilliance and resourcefulness of its musicians. The sextet has released its debut album Mistluren in 2011 on the pan-European musicians collective label, Umlaut, and reconvened in 2013 to record new material, that later yielded two live albums, released on the same label.

Je Suis! is led by trumpeter Niklas Barnö, known from the free-improvised French-Swedish trio Snus, the Swedish modern jazz group Se&Hör, Mats Gustafsson’s Fire! Orchestra, as well as being a new addition to Paal Nilssen-Love Large Unit. The other musicians of Je Suis! are involved in different projects of the Umlaut label and all have busy, independent careers. Prolific trombonist Mats Äleklint has become a key player in almost every Scandinavian free jazz outfit, including the Fire! Orchestra and the Large Unit; double bass player Joel Grip is one of the founders of the Umlaut label and plays in the Fire! Orchestra and with Barnö in the Snus trio and records as a solo artist; Alexander Zethson plays in Martin Küchen’s Angels 9 and leads his own quartet; sax player Marcelo Gabard Pazos leads his own trio and drummer Magnus Vikberg collaborates with Küchen in other projects.

The two new albums correspond with each other. The LP Ça va pas du tout! (It is not going at all!) was recorded live at the Umeå Jazz Festival on October 26, 2013. Its title answers the question of the disc Ça va? (What is going on?) that was recorded two days later in Stockholm’s Fasching jazz club. Both albums feature new repertoire, most of it composed by Barnö. His well-crafted and arranged compositions emphasize the unique group dynamics of Je Suis!, a group whose whole aesthetic is larger than the sum of its individual musicians. He is well-versed with the myriad incarnations of modern and free jazz on both sides of the Atlantic but his perspective is not nostalgic nor academic. He focuses on the uplifting emotional, even spiritual, power of live music.

The two performances progress in the same manner, with minor variations in the piece's mood, tough the one in Fasching sounds more energetic. Both albums begin with the ironic-titled “Bebopaluba”. Its theme is articulated patiently as a meditative chant by the front line of the three reed players, slowly enriched by the rhythm section but does not attempt to replicate any be-bop licks, even when it gains full force. On both versions it feature expressive, fiery solos of Äleklint and Barnö. Now it is already clear that Je Suis! draws its inspiration from the American free jazz of the sixties, but channels this legacy into its own musicians personal languages, keeping the driving-swinging pulse but structuring its immediate, raw interplay in a much more improvised and open manner. The following, “Ända In I Kaklet”, highlights the powerful, rhythmic interplay of the sextet through fast, concise solos of Grip, Zethson, Pazos and Vikberg. The third piece, “Onödig Stress”, offers another beautiful theme that is sketched loosely by Je Suis! until it blossoms in cathartic power. Both performances conclude with the playful, ballad-like “Se Och Hör”, beginning with a piano solo of Zethson, continuing with his duo with Barnö and another duo of Pazos and Vikberg, before the whole sextet recites the moving, poetic theme in a majestic manner.

The performance in the Fasching club feature two more compositions, played before “Se Och Hör”. Barnö’s chaotic “Idioti? Tackarrr!” that alternates between fast reed fanfares and muscular, rhythmic group interplay, with another fascinating solo of Äleklint. It is followed by Zethson’s Åt alla håll på samma gång” that begins as a slow, touching ballad but transforms into a joyful, swinging peace.

Despite the albums titles, the music goes very well with this excellent band. Strongly recommended.