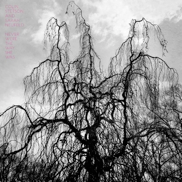 By Janus and Karl

It was an awfully hot day and the putrid smell in the lagoon city was hardly bearable. Nonetheless we decided to spend a few days here to check out some record stores, see some shows at the newly established Venice Free Jazz Festival (after the decline of the Austrian scene due to the cuts in cultural subsidies after the national-conservative government came into power, most of the festival went to Northern Italy), enjoy some good food and smoke some opium.

Opium dens were all the rage after the legalization of drugs three years before. The quality of the stuff was allegedly staggering. Venice had become the Mecca for old and new hippies, there was a permissive and free atmosphere, the author’s of the beat generation enjoyed a second spring, and improvised and avant-garde music was entirely hip.

In these days we followed a certain routine: in the late afternoon we usually had some drinks at “Pirlo’s”, an excellent bar with a free jazz jukebox run by a former famous football player, before we went to our favorite den in a back road near the Bridge of Sighs. Madame Dhay, the owner, welcomed us (she did that with all the regulars) to her house, which was a rebuilt library, and ushered us to a small but luxuriously equipped cabinet for two with a top notch stereo because she knew that we liked to get high with some good music. After making ourselves comfortable we prepared our drinks. Wild Bill, a legendary 88-year-old user, told us to drink the opium since the effect was faster and more immediate. And since we have always welcomed new experiments, we added it to our usual mix of nootropics, eggnog and macaroni blended Beaujolais that we love so much. “What will we listen to today?” I asked Janus. “What about Colin Stetson’s and Sarah Neufeld’s Never Were the Way She Was? I listened to it again last week, it’s an excellent album”, he said, “straight from my favorite Stetson’s period…never understood why he then decided to have that brain-controlled oscillator implanted in his glottis and the vocal fold replaced by an anti-vibration graphite prosthesis…sure, I’ve seen him in concert a couple of months ago on the Chilean Space Station and he can easily override a razor taking off, but you know what, Karl, I think I’m getting too old for all this technological body enhancement”.

Then Janus attached his flash drive to the player, the music started floating into the room and, in combination with the drug, it hit us like a sledgehammer.

Never Were the Way She Was has a drone-like, psychedelic quality, its atmosphere reflects moments when your thoughts are whispering from far away, and all you perceive are their echoes. Yet, the music is clearly structured and has a calming effect without being ambient.

Stetson, the saxophone virtuoso and extensive circular breather from Montreal, hovers over the sax keys, creating ostinato riffs in a Steve Reichian minimal music way while Neufeld juxtaposes long elegant violin lines. It’s a spacious sound that reminds of soft, velvet sonic mountains and listening to the jagged little peaks and valleys made us sink even deeper into our own dream world. Neufeld, who also worked with Arcade Fire, and Stetson create the illusion that their instrument have become one, that they have melted into a huge drone device - especially on the key track “With the Dark Hug of Time”, when Stetson’s hammering fingers on the keys underline the melody with a percussive effect that sounds like a kick drum. Pyretic and warm tracks as “The rest of us”, where Stetson definitely sounds as anything but a baritone saxophone (a synth, a drum, a distorted theremin), prove just one more time how he can achieve – alone or in any other combination – the perfect mix of lyricism and tension, enchantment and exploration, being listenable but never predictable.

And, as usual with Colin Stetson, all songs are recorded live with no overdubs. At least this is what happened at the time when this work was recorded.

For hours we just laid back and let the music take us away. It was beautiful.

Never Were the Way She Was is available as an LP (180 g vinyl), CD and as a download. You can buy it from the label http://cstrecords.com/cst113/.

Watch them playing “With the Dark Hug of Time” live here: