The guitarist Garrison Fewell seems to have been quite busy of late with two great albums, both duos, one with Dave Burrell and the other with Alessio Alberghini, which are reviewed below. Also due out is a book the guitarist has authored called Outside Music, Inside Voices published by Saturn University Press.  The book is a collection of dialogues with leading musician-improvisers about the nature and practice of their art and what it means to them to engage with the art form of improvised music making, in an attempt to shed further light on this fascinating and at times elusive subject. 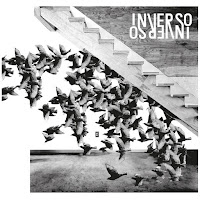 On this album Garrison Fewell pairs-up with the saxophonist Alessio Alberghini.  There are nine tracks of moderate length, which have a consistent feel to them across the album, but with enough originality and different sounds to deliver an extremely excellent set.  Alberghini uses both soprano and baritone saxes to good effect, whilst Fewell conjures up different sounds through the alternating use of bowed, prepared, percussive and more traditional methods of playing.  It is without doubt that Garrison Fewell is a fantastic improvising guitarist, and on top of that I would ascertain that he is also an excellent accompanist.  It might seem like an obvious point to make but Fewell really excels at this in his playing, and whilst it is easy to be drawn to the ingenuity of soloists, the art of accompanying is something that can be readily taken for granted.  Not only does the guitarist provide more traditional chordal or melodic contrapuntal lines, but he also delivers, with ease and a relaxed tone, supportive textures and sounds within a more avant-garde approach.  It is no wonder that Garrison Fewell was the ‘go to’ guitar player for John Tchicai later in his career when he needed someone who could play excellent straight ahead jazz and have a great understanding and ability within more ‘outside’ music.

The interplay between the two musicians is exquisite on Inverso and the transition between more improvised passages and composed sections is very natural, as is the contrasts between tonal and atonal lines, with the music being very fluid, beautiful and serene.  This is a truly wonderful album, which contains a purity and honesty that many performances fall short of.  It can be downloaded here. 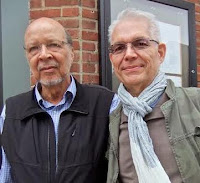 This album was recorded live back in 2013 and is only now seeing the light of day*.  The first track on this album Paradox of Freedom is a Dave Burrell piano piece, which is taken from a larger commissioned work about the American Civil War.  It starts with a slow left-hand boogie-woogie pattern, which moves into a parlour song type section before suddenly becoming more complex and discordant which then brings back the initial theme and a far removed and deconstructed variation of the parlour theme.  This piece is the shortest on the album at just under nine minutes.  New Earth starts with an understated guitar line from Fewell and quickly joined by the supportive piano work of Burrell, the two of them creating an open and spacious sound world where the guitar moves to providing more textured and sound based accompaniments via the use of a bow.  The Universe is the longest track with its small percussive prepared guitar sounds, which Dave Burrell brilliantly imitates on the piano in an unprepared and more traditional way.  Again both musicians create a dreamy type atmosphere, which contains more punctuated moments, and a nod toward the more bluesy beginnings of the album at the end, without bursting the bubble that they’ve created.

(*Editors note: it seems that this is not yet available, we will update this review as soon as we find out more)