It Came From the Midwest: Smash Yr Head on the Jazz Rock

Greetings from the land of corn and the non-colors of brown and gray. 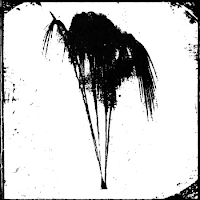 Indiana isn't exactly known for it's cultural edge – our homophobic twat of a governor just tried to legislate discrimination under the guise of some ridiculous fantasy called “religious freedom” - but the Spot Tavern in Lafayette thankfully stands in bold opposition to just about everything this corn-fed wasteland represents.  On a recent trip there, the opening slot was occupied by a duo known as Keith Jost (bass) and Tyler Damon (drums).  Jost was great and the two played with the kind of authority that only years of familiarity can birth – but Damon totally blew me away.  This guy is a serious drummer; and it was apparent within seconds that he had the creative vision to take his skills, sounds and tricks wherever he desired.  You like Corsano, Rosaly, Daisy?  Damon's on that level.  Seriously.

Softened Skull is the first release on his Yoke label, which looks to be a very promising venture.  The disc is a relatively short outing, offering a brief overview of Damon's talents.  “Reference Tone” begins with Damon playing a bowed cymbal, ending quicker than you can say pop tatari.  Then a garbage avalanche tumbles downhill toward your dazed placeholder.  Over the next 20 minutes all kindza shit rattles my old man cage.  Some drunk clangs a dinner bell maniacally while a lone Tibetan monk slowly rings his prayer bowl.  A flying saucer ascends into a black sky, its engine sputtering as it moves further into space – courtesy  of some hellish cymbal bowing.  Some huge contraption falls from space, creating a crater in the earth, from which acoustic reverberations rise.  (I don't know what the hell is going on here, but it sounds like a wall full of dinner plates falls onto a trampoline lined with skillets.)  After this, a black & white Kurosawa ghost chases something through a black & white rice field.  The man does all of this with a drum kit.

This disc seems to be a condensed demo to show the range of Damon's talents, rather than a full-blown “statement” & that's just fine with me.  The pieces are short, yeah – but I wouldn't say they're under-developed.  There's a shit-or-get-off-the-pot aesthetic that displays a mass of  ideas quickly.  And now that this recording exists, I expect we'll be going on many more trips with Mr. Damon that will build upon this sturdy framework.  A highly respectable debut from a phenomenal talent. 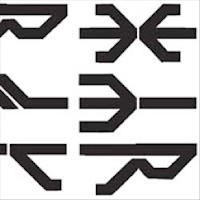 Warped mind-melt from monstrous power-trio Hyrrokkin, which hails from Yellow Springs, Ohio.  They are led by the terrifyingly agile guitarist Ed Ricart, alongside the ball-slicin' rhythm section of bassist Paul Larkowski and drummer Brett Nagafuchi.  Ricart sounds like Zoot Horn Rollo with slightly less shrapnel, but tons more freedom and distortion.  There are enough rapid twists and turns on “Sephfus” to make you scream for Satan's carny to stop the ride – but you won't mean it.  His toothless head is laughing out bong breath so hard he won't hear you anyway.  As a whole slab, this noise sounds like the children of the corn melted an old Nels Cline Trio cassette in a church fire and it came out sounding like Thin Lizzy at the wrong speed.  That's high praise indeed around these here parts, Geddy.

Flip this thing over and you get percussionist Doug Scharin's remix, which favors the intensity of the ball-slicers over the guitar, which punches in occasionally from King Tubby's yard.  The second half rips guitar riffage and dumps the rhythm section for a feedback ride.  That this track was even considered for a versioning sounds insane.  Not only does Scharin rise to the challenge, it's impossible to pick a preferred side!  The A & B sides are clearly marked, but it's a double A-sided single as far as I'm concerned. 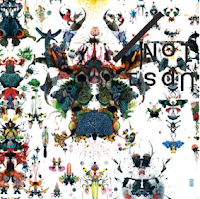 Disclaimer:  Upsilon Acrux is from the West Coast - not from the Midwest.  Their label is based in Ohio though.  And this album could easily serve as the soundtrack to Gummo II, should such an awesome atrocity exist.  Reason enough to be included here, I say.

I'm one of those jokers who thinks rock music is best when it's played (poorly, of course) by androgynous, unkempt buffoons who can barely tune their instruments.  One chord or less.  Bands for whom the adjectives “grating” and “skronk” are not only terms of endearment, but describe the ultimate goal of music.  No Wave came directly from God as far as I'm concerned – and not as punishment, as the philistines would have you believe.  So trust me when I say I am not generally a fan of prog rock, math rock, or metal.  But lo, Upsilon Acrux have built their monolith upon these three genres – and it is good!

The band has been around for years in various conglomerations, unbeknownst to my ignorant ass; and that becomes glaringly apparent by the conceptual genius and execution that blasts out of the speakers over the first few minutes.  Studious metalheads hold a sound clash with the warring factions blasting broken segments of old Soft Machine and Deep Purple records at each other through Marshall stacks with ripped speaker cones.  Now take that concept and have it played by The Magic Band in a biker bar.

The song titles alone are worth the admission price.   “Hey Motherfucker You Ever Fuck With a Salvadoran?!” might swipe its name from an outtake from the first Harry Pussy record; but it sounds like Slayer doing something from Yes' Relayer (but so much better).  “Dogshit on the Shoulders of Giants” is fun, but not as fun as “Smells Kline,” which.. makes me appreciate the deep(shit) conceptual groundwork that much more.

“Old Dusk Seas: Odyssey” is 14 minutes of compete insanity.  The drop and then build-up that occurs halfway through is blissful enough to make you forget your own name.  The zig-zagging the band constantly takes on “Pitch Mountain: Maps” sounds completely organic and right – like every maneuver is obviously the best route.  “Never Don't Give Up” sounds like down-tuned Deerhoof.
I should also mention the sense of melodicism that is bubbling under the surface of every track.  It's easy not to notice because the math and muscle are so dazzling...  but once the novelty wears off, those melodies have been underneath the whole time, digging into your subconscious mind, bringing you back again.  This music was built to last.  And not only that – and here's the part that totally impresses the hell outta me – there is something in this music that even the very best rock music never contains: richness.  Honest-to-God richness.  Like jazz, Maynard, good ol' rich jazz...