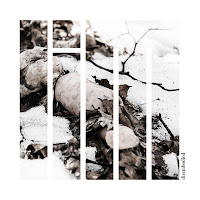 The fourth album from the Swedish collective lim finds the group officially turning from a trio into a quartet. The core trio - tenor sax player Henrik Frisk, electric bass player David Carlsson and drummer Peter Nilsson - has performed already as a quartet on its last album, self-titled with French guest guitarist Marc Ducret (Kopasetic Productions, 2011), but soon after recording that album, expanded to a quartet with guitarist Samuel Hällkvist. The lim quartet still suggests the same aesthetics that has characterized it since its founding about 15 years ago - complex, rhythmic compositions that rely on immediate, organic interplay.


The title of the album is inspired by an essay by dystopian French philosopher Jean Baudrillard, “Disembodied Violence: Hate”, that suggests that the contemporary form of violence is blind, born of indifference and cannot be met by an “equal and opposite violence”. Only hate. The four compositions all penned by Frisk, humbly attempt to offer an alternative perspective to this kind of phantom violence. Music that empowers us with its open, passionate power, music that destabilizes violence through attentive listening.

The addition of Hällkvist adds some futuristic fusion elements to the lim sound, but unlike the fusion phase of the seventies and eighties, lim never searches for technical brilliancy. The long structures leave enough room for the improvisations to form the shapes of its multi-layered textures, almost in an organic manner, leaving aside the traditional jazz or fusion solo roles in favor of a reserved, collective sound. The last 16 minute piece, “Månens Gråa Ögon” (The moon’s grey eyes), with its constant shifts in pulse, dynamics and mood, offers lim's best answer to Baudrillard claim. Disturbing at first with its noisy sounds but turns to be an intriguing, subtle piece, full of passion and beauty.