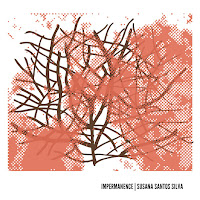 "Impermanence" is a hard to categorise album. It brings composed pieces, with strong themes and arrangements, yet it also deliberately colors outside the lines, disorienting listeners who thought they were on an easy ride, and obviously also offering a lot of space for improvisation.

The first track, "Many Worlds" is a good example of this, the angular theme is soon disrupted by electronic sounds, and then the whole carefully organised edifice collapses for some undefined music, with a moaning trumpet leading the way into this wonderful universe of strong contrasts, because before you know, you're listening to some post-boppish rhythmic band interaction, only to end with electronic high-pitched tones. "Many Worlds" indeed, and it also give a good idea of the album's title "Impermanence", the common ground of shifting sounds, changing ideas and life that floats through multiple forms, from solid tangible ground to ephemeral abstractions and everything in between, never repeating itself, always re-inventing itself, and so is this music.

"Obvlivious Trees" starts with a very intense and in-your-face dialogue between muted trumpet and arco bass, as if both are arguing or quarreling or even fighting each other, yet then the plucked bass takes the lead position, guiding us into more boppish territory with a flute solo, supported by percussive piano chords, then again shifting into a disciplined drums solo to end the piece.

"Imaginary Life" is playful, starting with unison horns supported by light piano arpeggios and sophisticated percussion and when the band stops, Santos Silva's trumpet takes over for a unaccompanied solo that is full of contrasts between ferocity and gentleness.

In contrast, "Geringonça" is wild and energetic, starting like mayhem, yet gradually the band folds into patterns and even quietens down a bit as if collecting their thoughts for the unison theme that only emerges in the last seconds.

One more track that really stands out is "Sound Of Thought", a piece that starts with what could be an impression of my own thought processes, full of chaos, darkness and opacity, yet halfway these various conflicting and contrasting sounds coalesce into one, resulting in a lightly boppish song, in which the alto plays a beautiful solo, before being joined by the trumpet, and all's well that ends well.

In short, the most accessible of the albums reviewed here, with often beautiful themes and heart-rending solos, even if the band does not shy away from adventurous moments and even daring conceptual ideas. 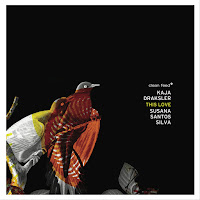 This is by all means a recommended album, if only because we have a wonderful duo by two of Europe's most promising female musicians, Susana Santos Silva from Portugal on trumpet and Kaja Draksler from Slovenia on piano. The album is quite balanced in terms of compositions : two tracks by Draksler, two by Santos Silva and two joint compositions, organised in a circular way on the album, bookended by the improvisations and with Santos Silva's composition at the centre.

The opening track, "Laurie", is playful and fresh in the beginning, opened by the trumpet, with a strong entry by Draksler with some fast right hand runs, suggesting it as a kind of theme full of suprise and wonder, echoed immediately by the trumpet, then the intensity increases, driving the discovered material into denser and more hectic territory, without losing the playfulness, taking it to quieter moments with the occasional pause, then up again moving it into darker realms, with growling multiphonics and dramatic piano-playing.

"This Love" is a quiet ballad, lead by the piano, gentle and mysterious, reinforced by the warm tones of the flugelhorn, deepening the emotional power of the piece, that is at the same time open-ended and determined, a strange kind of paradox that gives the music a special quality, as if certainty and uncertainty are both at play.

"Hymn To The Unknown" is dark and brooding, a typical Santos Silva composition, on which the eery trumpet tones are supported by deep rumbling in the piano's interior, a piece that keeps evolving in tone and nature, with open spaces, small percussion by Draksler on the strings, evolving into lightness and quiet beauty.

"Foolish Little Something" is a playful unison high tempo piece with rhythmical complexities thrown in to increase the fun, with an atonal chaotic middle part, a nice collision of ideas, and quieting down towards the end.

"Forgotten Lands" I would call a typical Draksler composition, clever and disciplined and fresh, built around arpeggio chords for the left hand, and post-boppish phrases with the right, sweet and somewhat nostalgic, and again the trumpet's deep tones add a wonderful addition to the composition, making the piece both jubilant and solemn.

"You Persevere" ends the album with again an open duo improvisation, one which uses more extended techniques on both instruments, more adventurous in nature, and really strong, with Santos Silva demonstrating her incredible sonic skills on the trumpet, not to show off, but to create an uncanny and eery soundscape, supported by a piano that produces apparently endless sustained notes and percussive scraping.

I would suggest you listen for yourself. Both young artists have produced an album worth looking for, with music that is on the one hand balanced and controlled, and at the same time adventurous and exploring, and in doing so creating strong musical and emotional contrasts, often within the same composition of improvisation, taking the listener by surprise, but then surprises of the pleasant kind.