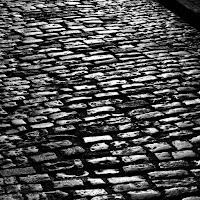 The album and track titles give you everything you need to know about this improvised session with Dominic Lash (bass), Michael Maierhof (cello), and Birgit Ulher (trumpet). One day, in Hamburg, the three assembled for an improvised session. It’s an exciting and challenging moment, luckily captured for our benefit. Much of the challenge comes from keeping track of the sounds recorded, where they’re coming from, who could be playing them, and how the sounds are being made. The whole album is an exercise in extended techniques. Ulher and Maierhof were both new to me here, but now I’ve surely got to hear more of their work. Ulher is the standout, if there can be one, if only because she takes the trumpet to some exciting, new places. “First Meeting Part 1” opens the album with Maierhof high and quiet on cello, Ulher lightly sputtering, and Lash accenting. It isn’t long before all three begin trading notes, gathering silence that will soon disappear completely. On “First Meeting Part 2,” Ulher plays muted staccato and clattering trumpet valves. Later, in the opening of “First Meeting Part 3,” Lash or Maierhof bows tightly against muted strings while Ulher seems to blow air plainly through the trumpet before her first full, rumbling note appears about a minute later. Gradually, a storm of sound pulls itself together, then dissipates into a Lash solo. With calmly sustained notes, backed by various noise effects and clacking, Lash nearly captures something concrete from the ephemerality of this meeting, for approximately 2 seconds. At the midpoint, the mics capture someone let out a cough. Then, Ulher’s trumpet returns to the fore, and the group patiently moves on. 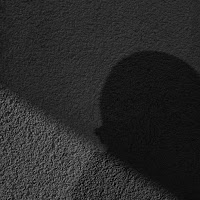 Track two combined from two live performances, one at ABC No-Rio in New York (5th May 2011) and the other in Cambridge, England (24th February 2012); recorded and mixed by Dominic Lash

This interesting, at times thrilling, album features Lash in a duo with fellow Set Ensemble member David Stent. Doubling on guitar and electronics, Lash also contributes double bass and clarinet. The opener and closer, “The Ballad of Mavis Palmer” and “The Sound of Other Rooms,” were recorded in a single session. Both are fascinating duo improvisations. The soundscapes are tense without seeming rushed. Stent is a remarkable guitarist, capable of wringing some delicate, Bailey-esque sounds. An album of songs like these would be fine enough, but the middle track “Two Continents” is taken up with a half-hour of live improvisation that was somehow combined from two different live performances. The first was in New York, May 2011, and the second was Cambridge in February 2012. I honestly don’t know how the two were cut together, but the mixing was done by Lash himself and the resultant track is well worth the admittedly budget-friendly cost of the album. There’s no real seasonal or geographic fixed point in the improvisation, but the freeness of the duo, especially around 8 minutes in, with Stent on guitar and Lash on bass, feels distinct and personal. Having heard Stent in the larger Set Ensemble, this was my first time hearing him in a small group, and his connection to Lash is strong. They’re on some similar kind of wavelength, for sure, and it’s one I’m happy to dip into. Around the halfway point, there’s a sustained fugue of feedback and distortion, which builds for several minutes to another guitar/bass duet, with Lash walking and Stent clutching riffs from midair. The two settle into an extended sequence, absent electronics, that is definitely one of the best collective improvisations from all four albums. 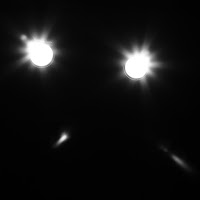 Another entry in the growing category of improvised musicians breathing life into silence. Thoughtful, creative, sensitive, these compositions provide some respite from the clashing noise of life. The group here is Kate Lash on flute, Stefan Thut on cello, Tim Parkinson on piano, and Dominic Lash on objects. This is the kind of subtle, meditative piece I would love to see performed live, in part to learn what “objects” means in a performance. One thing I dislike about digital music is the absence of things like liner notes and musician credits. This is why I’m pleased about the rise of Bandcamp, which, unlike iTunes, provides a lot of space for musicians to post notes and details about their recordings that provide some important context for listening to the music. For Four is a perfect case in point. On record, this is a lovely composition, filled with the kind of Feldman-esque spacious minimalism you hear in Tyshawn Sorey’s work. But, back to those notes. There are some interesting details in the notes on Bandcamp, particularly “recorded during 2013 by Dominic Lash (except Stefan Thut recorded by Stefan Thut) edited, assembled, mixed and mastered by Dominic Lash.” So, how to take this information and approach the recording in a new way? There are still so many questions, such as, Was Thut at the recording or listening to the original recording? What does it mean the recording was assembled? Even, how rigidly composed is a piece like “For Four”? There are dozens of questions worth asking that may reveal additional nuances to the piece. But ultimately, that’s a curious itch for my brain to scratch. For, replaying the album, I’m plunged again into a simmering ambience that carries me through from start to finish, calming my mind, acting as a bulwark against the surrounding chaos. 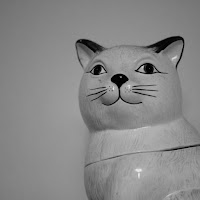 This set features members of the Set Ensemble in recorded and live settings. The opening and closing tracks, “Two Simultaneous Solos” and “One Simultaneous Duo,” have Lash in a duo with Stefan Thut. “Two Simultaneous Solos” is an extremely quiet duet, at the most plaintive edges of both instruments, with calm, patient bowing sporadically dropping into a mostly silent background. This album is probably where my lack of familiarity with the Wandelweiser Group leaves me at a disadvantage. But I found “Preferential Uptake” and “Notes, Paper and Time” to be much more engaging than the duets, with “Notes, Paper and Time” a wholly captivating listening experience. Once the metronomes are set in motion, the quartet moves in unison through blocks of sound. Over time, the metronomes move out of sync, and the blocks become longer, turning into wide, flat bricks, the sound becoming heavy and dense. By minute 10, everyone’s playing a distinct line, creating tension in mounting an organic juxtaposition against the ticking metronomes. The whole is truly captivating, and I’m excited to hear more from Lash and the Set Ensemble.

Thank you so much for taking the time with this music! Since you ask about for four - it's a text score, and each of the musicians was recorded separately, so nobody could hear anybody else at any point! If you're interested I wrote a short text about the piece in this collection.
(It's only available in print, not online, but my text is shown in the photo so you might just about be able to read it!)

Enjoyed the reviews Lee. It's nice that we can provide focuses on musicians whose music might be unfamiliar to readers and give them some nudges in the right direction.

Dominic, you're welcome, and thanks for the follow-up reply. This is all fascinating to learn more about for four. I'll take a look at the image from the booklet (opposite Julia Holter, no less) and think on this next time I'm listening.

Thank you FreeJazzBlog for taking the time to review independent produced and released music. With so much music around, it can be over-whelming at times, and there is real quality being released that isn't necessarily on labels. This is one example, which without the time given to review the body of work, would have passed me by. Just ordered everything on Mr Lash's bandcamp and looking forward to delving into it. Thanks.