It's that time again: the transition from one calendar year to the next, the time when we (and most music publications) review music we either missed or didn't get to in its release year.  It also happens to be the perfect time to review a handful of items that don't necessarily fit with a site's standard style.  Below, you'll find three albums that don't necessarily share techniques or concepts with more traditional jazz formats.  HOWEVER, these three releases are - in their own ways - absolutely "FREE." 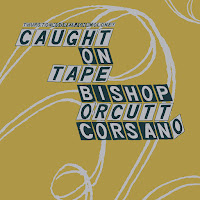 Three Lobe's Parallelogram was originally released as a five LP box set comprised of material from ten different artists/groups.  Each record saw a strange "pairing" of artists - one playing side A, the other side B - that either complimented each other through common thematic material or technique or else through puzzled together dissonance.  While the entire box set is definitely worth checking out, it's the fifth LP (also available as a digital download) that proves the most overtly "free."  Side A finds Caught On Tape (Thurston Moore & John Moloney) fresh off their early 2015 stellar release, Full Bleed, and on the path of musical deconstruction and literal destruction.  The duo spend the entire side deconstructing Moore's Ono Soul - from his 1995 solo release, Psychic Hearts.  Three Lobe's notes nail the description of this piece, labeling it a "roller coaster of squall, feedback and intuitive exchange(s) bookended by the original "pop" material."  It's an aggressive, interesting piece indeed, but it's the LP's b-side that truly lifts the record into the space where the cosmic and chaotic converge.  Culled from a day show recording of their performance at the Hopscotch Music Festival, Bishop-Orcutt-Corsano's Parallelogram (each LP in the set carries the collection's name) documents only the second live appearance from this trio of underground luminaries.  Chris Corsano - reviewed several times over on this site for his stellar play on numerous records - handles the sticks.  Alan Bishop - of Sun City Girls fame - plays an adventurous bass over the entire album and delivers the record's only vocals on the trio's cover of Politician - the most intense and fucked Cream cover I've ever heard.  Bill Orcutt brings his four-string axe attack - developed during his tenure with noise visionaries Harry Pussy - to the fray.  The Bishop-Orcutt-Corsano half lasts just seven songs and just over 16 minutes but, for its inventive freedom of play and live ferocity, it comes highly recommended. 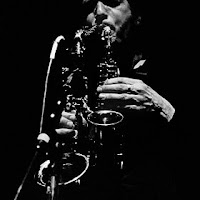 As a full review of this record is imminent, I'll keep this brief.  Suffice to say, this record was fifth on my list of favorite releases in 2015.  As Aquarius Records wrote when they made the album available in their San Francisco shop, Laddio Bolocko (now defunct) are/were "masters of some ineffable musical alchemy, at once willfully difficult and extremely challenging, but also totally melodic, and mesmerizingly hypnotic.  The krautrock vibe is huge - a motorik streak a mile wide runs through the works of LB, but they're also an explosive rock band, capable of total facemelt on par with most metal bands.  They're also immersed in some wild, avant psychedelic free jazz ... That might sound like it makes for a mess, but if it is, it's a glorious, unfuckwithable mess."  The first part of the collection delivers some jam monstrosities and short, twisted musical sketches.  I hear a lot of This Heat references regarding these pieces, but this first part really reminds me of the most experimental moments of CAN.  The collection's second half trots out the no-holds-barred live cuts.  If you're like me, I suspect you'll enjoy the first part for its creativity and view of process, but it's this second half that will truly stir you.  Having already gone on too long, I won't get into the DVD, but yes, there's a DVD.  I'm not awarding stars in this roundup, but if I was, this collection would receive my highest rating (italicized, capitalized and underlined).  A bonus (if you need one): Kid Millions - one of my favorite drummers on planet Earth - handles the liner notes.  Get this immediately. 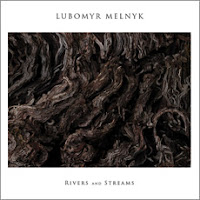 For those of you not yet familiar with Mr. Melnyk, let's start with the statistics: He is the fastest pianist in the world ("sustaining speeds of over 19.5 notes per second in each hand SIMULTANEOUSLY").  He holds the record for most notes played in an hour ("sustaining an average speed of 13 notes per hand per second over the course of 60 minutes, yielding a remarkable total of 93,650 INDIVIDUAL notes" articulated).  And even if one attempted to cast aside his accomplishments and technique as all style and no substance, one would still have to account for and explain Melnyk's invention of Continuous Music.  "Based on the principle of continuous and unbroken lines of sound from the piano, Continuous Music is created by generating a constant flow of rapid (at times EXTREMELY rapid) notes, usually with the pedal sustained non-stop.  The notes can be either in the form of patterns or as broken chords that are spread over the keyboard."  How is this in any way "free," you might ask.  First, a quick internet search will find several interviews where Melnyk elaborates on the improvisational aspect of his technique and the physicality of playing such an immense amount of notes over such extended periods.  It's particularly interesting to hear him describe the pain he must endure to deliver his pieces live.  Second, it really needn't be said but creating an entirely new form of music requires and, in many ways, defines "freedom."  Rivers and Streams isn't the solo behemoth that Windmills is, but it does find Melnyk in some interesting collaborations.
Paul on Thursday, February 25, 2016
Share